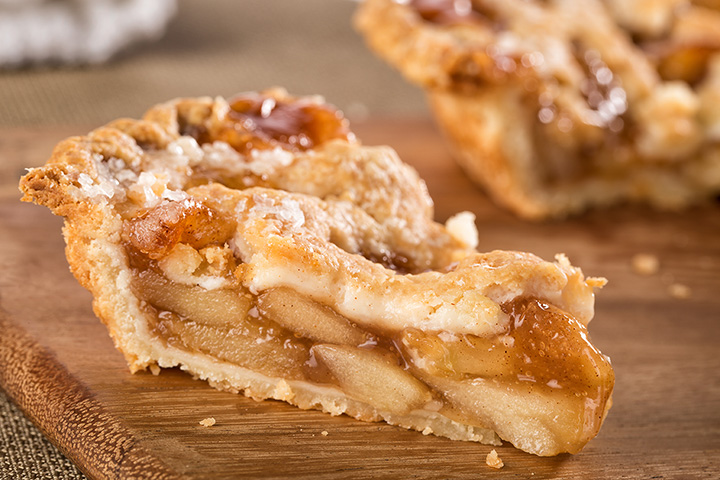 Apple season means all kinds of delicious apple treats. There are apple cider doughnuts, apple crumbles, apple fritters and of course: apple pies. This decadent dessert is best enjoyed during the fall season and Michigan’s pie shops have you covered. From Grand Rapids to Ann Arbor, here are the best pie shops in the state.

Pie is great on its own, but Fennville's Crane's Pie Pantry and Winery ratchets things up several dozen notches by offering not only pie, but pie and wine in the same place. Crane's suggests that you try the apple pie with a slice of white cheddar cheese, and that's your call. Beyond the apple, though, Crane's will offer up a range of Michigan fruit pies, as well as a full breakfast and lunch sandwiches. For those unsure of which pie to go with, try the pie flight, four third-size slices to give you a full sample of what's going on pie-wise.

Scattered throughout Southeastern Lower Michigan, Achatz Pies will give you not only apple pie, but four different kinds of apple pie. Try the juice-sweetened apple, the apple double crust, the Dutch apple, and the apple caramel nut. That's reason enough to pay attention, but there are not only several other kinds of fruit pies, but you can also enjoy several cream pies as well. There's even a whole roster of “savory pies” including spinach, chicken, and beef pot pie as well as broccoli and cheddar quiche, among others.

With apple and caramel apple pies on hand, as well as a host of others, Crust will help provide not only the pie you want, but also the bread you'll be needing for the meal before the pie. And for added fun, check out the “cutie pie” selections, including, of course, the miniature apple pie.

Grand Traverse Pie Company has several locations throughout Michigan, all focused on pie. Sure, there are other options here too, like soups and some sandwiches, but the pie is center-stage here. Try the Apple Mountain Top with crumb topping, or the ABC pie which features apple alongside blueberry and cherry. There's even a Front Street Apple pie named for the street where the company got its start!

Sweetie-Licious, with locations in DeWitt and Grand Rapids, as well as East Grand Rapids for those being particularly precise, doesn't always have apple pie on the menu. Why? This is the reason you'll want to hit this place for apple pie when it is available. Because at Sweetie-Licious, they focus on the use of real Michigan produce. In fact, the apple pie there is so good that it won the Great American Food Fight shown on the Steve Harvey show in 2014. Harvey himself reportedly claimed it was the best he'd ever eaten.

Ann Arbor is home to the simple and delicious Eat. This eatery not only offers catering, but also carry-out, which at last report makes up about half of its business. For those who came for apple pie, meanwhile, the current word is that the apple pie boasts Northern Spy apples, a widely-recognized Michigan favorite. More pies are afoot, including a cherry, a sweet potato featuring ginger, and rhubarb custard, all contained in a lard crust.

Commonly, most anywhere you find apples, apple pie isn't far behind. That's the case at St. Johns' Andy T's Farm Market, where three different kinds of apple pie—apple, caramel apple, and Dutch apple—are all on hand. But not only are there more kinds of pies afoot, there are also more kinds of apple dish afoot; check out the Apple Cinnamon Cobblestone bread for a whole new take on what apples can do in baking.

Crane's in the City, Holland, MI

Crane's in the City, a Holland landmark, is all about the apples. Naturally, apple pie is a big part of things here, but there's more going on involving apple around here. Apple cider doughnuts, homemade every morning, start off plenty of Holland folks' days, while apples make their way to two different salads and as part of the City Cristo sandwich, a kind of revamped Monte Cristo. Just to top it off, there's the oddly-incongruous Johnny Applefreeze, a slush/apple cider combination that's about as cold as fall itself can get in Michigan.

Pick-Me-Up Pies in Richland offers “Pies with a Prayer,” which is not a bad notion for pie itself. In an unusual twist, Pick-Me-Up Pies will actually blend apple with a surprising number of other fruits to make some wholly unique hybrid pies that should catch your attention. Try the standard apple—known as “Awesome Apple”—along with Almighty Apple Blueberry, Caring Caramel Apple, and Considerate Cranberry Apple, among several other choices.