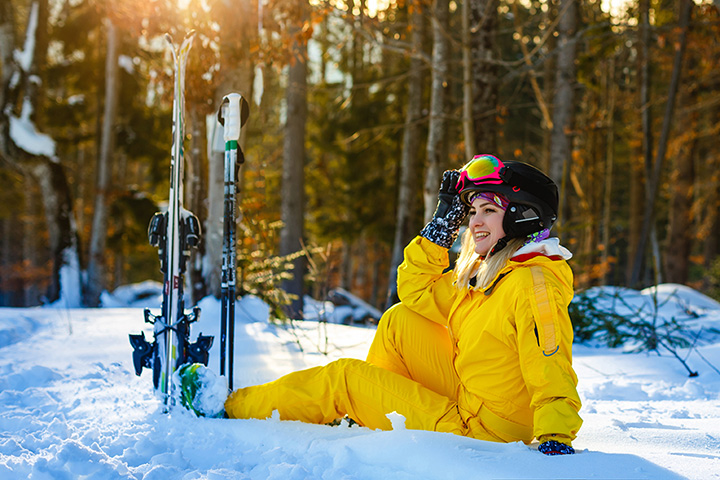 Whether you've never tried skiing or snowboarding before or you simply need to purchase some new gear, Michigan's ski and snowboard shops stock all of the top brands. In addition, they staff some seriously knowledgeable people that can help personalize your equipment and get you the best fit and style. Here are the best ski and snowboard shops in the state.

Petoskey's Bahnhof has been family-owned for over 50 years, which gives it plenty of insight into Michigan snow conditions. Eventually expanding into a Park City, Utah location as well, Michigan brought its snow expertise to some of the great snow capitals of the world. Now, with gear available for men, women and children, as well as a range of gear from helmets to poles and beyond, Bahnhof's family-owned expertise will help supply your winter sports needs to the inch.

Shaggy's Copper Country Skis, found in Boyne City, focuses primarily on skis and snowboards, as opposed to all the extra gear for them like poles and coats and such. Specializing in custom-built skis, engineered around experience, and using the best materials, Shaggy's has a strong claim to quality in its skis. Plus, all of its skis are tested on Michigan snow, using Public Testing Events to get feedback from skiers on that snow. Shaggy's will even routinely re-tool its product line based on this feedback, so look for skis not only anyone would be proud to take on the slopes, but that some already have.

Vertical Drop Ski Shop might well be one of the best offerings in Michigan, let alone its home location of Clarkston. It's certainly got all the hardware you could ask for—men's, women's, children's apparel, accessories and equipment and so on—but the real winner about this one is its ski simulator. The Skytech Ski Simulator is the only such simulator in the United States, the company notes, and is regarded by Olympic team coaches as being an experience that's virtually indistinguishable from reality.

Once again, Traverse City hits the list with its Don Orr Ski 'n' Beach Haus. It lands a place here for its sheer range of options, and not just in ski material, but as the name says, in beach material as well, making it a place to also go once the weather warms up. Racing and cross-country gear are on hand, and some of the best brands in the game are here as well. Throw in a rewards program and regular special offers and the end result is a ski shop that will get you, and keep you, out on the slopes.

Marquette's the Compound Ski and Snowboard Shop takes its lineup of offerings very seriously. Those interested in skiing will find themselves in a great situation here, as The Compound is located just 2.2 miles from Marquette Mountain. Finish shopping and take your new purchases out for a spin within minutes. And you'll have no shortage of options for purchase, either; start with outerwear, go into accessories or just get a new boot fitting from some of Canada's finest boot fitters. The Compound will be home to everything you need to keep the season going strong.

On the east side of the state? Nichols Ski and Snowboard in Dearborn will help keep your ski and snowboard needs well supplied. Start with a range of hardware options from goggles to jackets and pants and beyond, and then throw in a junior buy-back program for the younger set who outgrow this equipment so readily and you've got a solid deal in place. Beyond that, Nichols has been in the industry for decades, making it a true family-owned operation with the kind of longevity and history behind it to breed trust.

Cadillac's Sun 'n' Snow is a two-generation family-owned operation that's been in business for over 60 years. That immediately projects reliability, but that reliability only goes so far without the material to back it up. Thankfully, Sun 'n' Snow won't stint there either. It can offer new material in both alpine and Nordic—cross-country—ski equipment, but also snowboarding gear and clothing. A kids' trade-in program helps keep the young outfitted in properly-fitting apparel, and a custom boot fitting does the job for everyone else.

Flint's Shumaker's offers just over 70 years of history on its side, and it's hard to pass up a proposition like that when you're looking to make an investment in ski equipment. Race gear, cross-country gear, and even snowshoes can be found at Shumaker's, making it a one-stop shop for your winter sports needs. Throw in a slate of special events held at various times, as well as a complete repair operation, and Shumaker's will prove its interest in keeping you on the slopes.

While Saginaw's the Stable offers plenty of value for everybody, it's clearly interested in getting the kids on the slopes above all. Those who sign up for the store's Junior Trade-In program—increasingly a staple of such stores, apparently—will get a slew of free goodies in return. Kids signing up get a free kids' season pass to Shanty Creek and Caberfae Peaks, as well as a three-pack Junior card to Crystal Mountain. Don't worry if you're too old to qualify, because you'll have access to a wide range of gear options to keep you in the game.