The 7 Best Trivia Nights in Michigan! 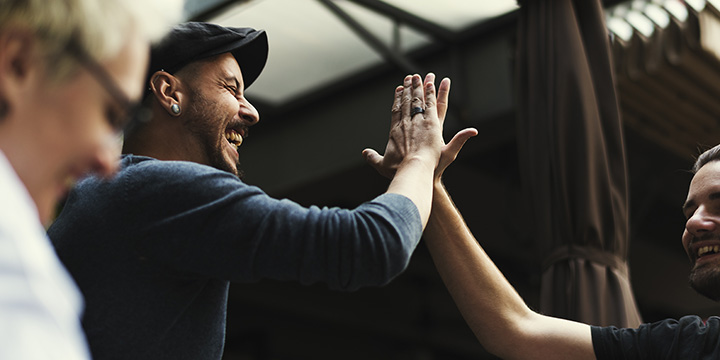 The combination of good friends and good drinks is always a memorable one but add some trivia into the mix, and you’ve got yourself a night. From brewing companies in Portage to pubs in Johannesburg, there’s a trivia night in Michigan waiting to test your knowledge. Here are a few of the best in the state!

Head to Dowagiac to check out Sister Lakes Brewing Company. Team Trivia here is alive and well, but that's not where things stop. You'll also have the full range of craft beer options that the Sister Lakes Brewing Company can generate. The beer list is subject to change, but check out such wonders as the Grapefruit Shandy and the Crooked Lake cream ale. You won't have to drink and play trivia on an empty stomach, though, as small plates, full sandwiches, and a seasonal dessert menu awaits.

Trivia nights in Michigan go as far north as Petoskey, where the Burnt Marshmallow Brewery offers up beers and brain-teasers for anyone ready to tackle the challenge. Beers are downright aplenty out here, and beyond—shandies, ciders, and even an apricot cream ale all await the thirsty trivia player. Since the brewery actually has a 190-acre farm connected therein, much of the ingredients involved are local for that truly Michigan flavor.

At Florentine Ristorante, you'll not only get trivia nights, but you'll also get access to some amazing Italian food. Whether it's terrific pizza—Florentine Ristorante's web address is “best pizza in Grandville,” for crying out loud—or straight-up Italian fare like manicotti or Sicilian chicken, you'll find it right here. Top it off with exciting drink specials, and you can turn trivia night into an entire night out.

Ann Arbor is home to Tio's Mexican Cafe, known not only for its massive five-pound nacho platter known as Mt. Nacheesmo, but also for its trivia nights. Mondays at 7:30 and 8:30, trivia games fire up in earnest, and there are prizes for the winners, which makes the competition extra tough. Good start overall, but it gets better thanks to a wide variety of clearly authentic Mexican dishes like arepas, empanadas, and a host of others.

Incredible Mo's in Traverse City offers a lot of exciting fun under one roof. There's not only bowling to be had here, but also an arcade, laser tag, and the first Juke N Box arena in the entirety of the United States. That's kind of staggering by itself, so it almost comes as a surprise that Incredible Mo's is also home of a trivia night. Two different food sources—the Sauce pizza, pasta and salad location and the IncrEDIBLES snack bar—round out your night about as fully as it can be.

Paul’s Pub not only offers an awesome trivia night but also an extensive menu of soups, salads, sandwiches, and much more. From broasted chicken to appetizers, there’s an impressive range available—which is perfect fuel for those intense rounds of trivia.

At Ferndale's One-Eyed Betty's, trivia on Sundays is serious business—as serious as fun gets, anyway—but it's also home to pinball machines, champagne on draft, and 44 different rotating craft beer handles. Designated drivers, have no fear; you'll be taken care of with two handles specifically for soda. Food is also in surprising array here as well, with weekend breakfast options, and sandwiches ranging from the “Rabbit” sandwich—it's crammed full of veggies—to the “Fwanch Deep,” which is just a somewhat clever name for a French dip.