The 7 Best Places for Appetizers in Michigan! 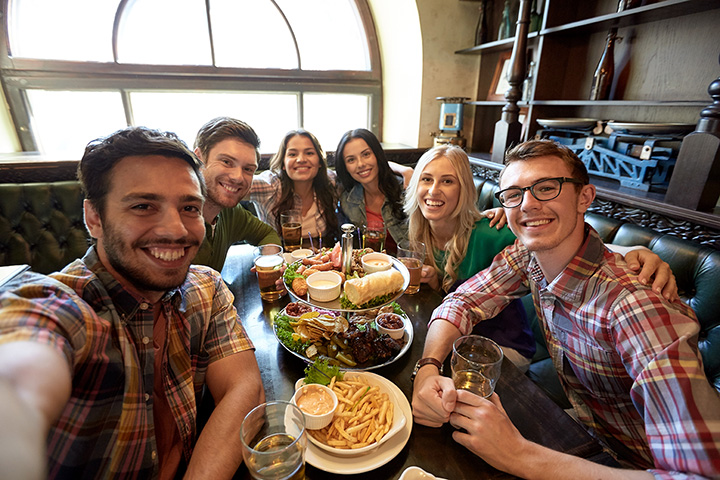 Whether eaten during Happy Hour, before your meal, or shared with friends, a good appetizer it sometimes just the thing you’re looking for. When you’re looking to something on the smaller side or share a few plates with your table, these restaurants have it. Here are the 7 best places to get appetizers in Michigan.

The Chop House in Ann Arbor takes the concept of Au Gratin potatoes to a staggering new level. Cooked using shallots and cheese, the taste is impressive enough, but it's the preparation that makes for a real standout here. The potatoes are sliced, by hand, and as a result, it takes about 45 minutes to get 12 orders' worth of potatoes ready to go. Though they're more of a side dish than an appetizer, it's still important to point out the level of artistry that goes into these simple potatoes.

La Bistecca—the steak in Italian—has quite a bit to offer diners in and around Plymouth, but for those looking for squid done right, settle in for the appetizer portion of calamari. Starting with a buttery sauce and rounded out with onions, peppers, garlic and oil, the result is a fork-tender squid steak—which is pretty hard to do given the standard rubbery nature of squid meat—that delivers a taste on par with any full meal.

O's Pub and Grill in Auburn serves up an impressive and versatile pretzel that makes this easily worth ranking. It's what O's does with pretzels that really draws this out. Not only are they served in appetizer form complete with cheese, but these same pretzels will ultimately become the basis of a pretzel dessert, complete with ice cream and caramel topping.

Whitefish is a standard in Michigan, but at Poppycock's in Traverse City, they take it to some exciting lengths. The whitefish cakes start out fairly simply, with panko breading for a crust, but then get a dose of corn bacon soubise, microgreens, and a green chili jam made in-house to round out the package. It's a combination of tastes that turns Michigan's great whitefish into something truly amazing.

The humble potato chip has filled many bellies over the years, but Turk's Tavern in Nunica delivers an exciting new option for this simple dish. It starts with potato chips, of course, made in-house as many of the best are. Then the “hot tub” part kicks in, both figurative—in that the chips soak in same—and literal, in that the contents are hot. It's filled with an IPA pimento pepper jack dip which throws a potent blast of spice into the picture and makes the simple potato a powerhouse.

The Tabor Hill Winery & Restaurant in Buchanan represents a taste of one of Michigan's big wine producing areas. The winery itself is beautiful, but it's also got some impressive food items waiting in its incorporated restaurant. Check out the duck sliders, which are pretty much what they sound like: small sandwiches using tiny hamburger buns with duck involved. This is no ordinary duck, of course—not that duck is ordinary—but is honey-soy braised before served with sambal mayo, house pickles, and cilantro for that extra spice.