The 8 Best Bakeries in Michigan! 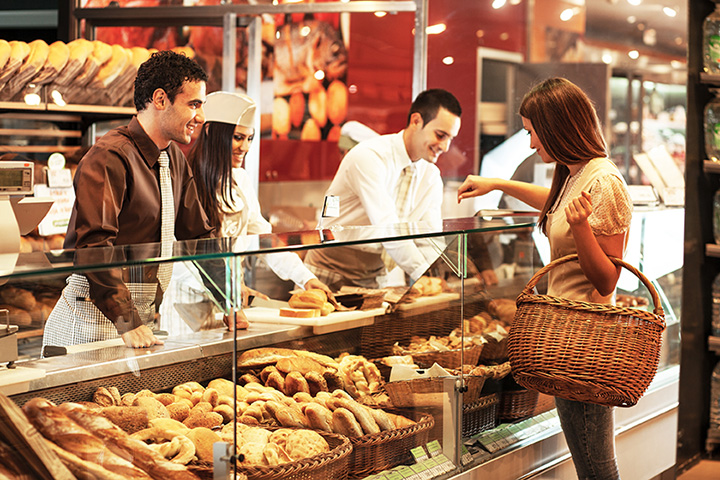 For anyone who's ever stood outside a bakery and just inhaled for a while, you know how amazing such a proposition can be. A bakery lures people in just from the smell, and that's before even taking a taste of the great food therein. Trying to pin down the best ones in Michigan—a state fairly swimming in bakeries—can be a tall order, even taller than resisting the treats. So I'll take a weight off your mind—and possibly put it on your waistline instead—by filling you in on 8 great bakery options to be had in Michigan.

Those going to Zeman's Bakery will find a slate of options on hand, and will even be able to get a slice of history with their baked goods. Zeman's asserts that it's the oldest kosher bakery in Detroit, and thus allows for not only authentic challah for Hanukkah but also what's said to be some of the city's best rye bread. When you've got some of the best anything in a city the size of Detroit, you've got a reason to pay attention.

Going to Jackson, Michigan, any time soon? Stop in at Hinkley Bakery, which landed the top spot in MLive's Michigan's Best Donut competition. The bakery dates back to an indeterminate time, but it's sufficiently old that it was moved into Jackson via horse and carriage. While the slate of available pastries changes, MLive offered several recommendations, including a carrot cake crescent complete with cream cheese icing, and the chocolate crescents average over 100 sold every day.

A tiny bakery in Centreville, Yoder's is home to some truly impressive donuts. It's a good idea to get in early, particularly on Saturdays, when it can be especially crowded. Those who do land some of the prized donuts will walk away with any of several varieties of filled donut about the size of a regulation softball. One particular treat is a maple bacon long john, that comes with maple filling and crumbled bacon in the icing on top.

Another Kalamazoo staple, Sweetwater's donuts are almost as ubiquitous as Water Street coffee from our earlier look at Michigan coffee shops. Found even at gas stations sometimes, the donut shop features not only yeast donuts, but also more conventional varieties, including a particularly large apple fritter. The best part is, Sweetwater's is open around the clock, a 24/7 operation that ensures that a donut can always be had regardless of the hour.

A quick trip to Fenton reveals an exciting new proposition in bakeries. While certainly, there are donuts on hand for those looking for sweet goods, the bread is likewise worth enjoying, and all for one key reason: it's an all-scratch bakery. That means everything is made completely from the ground up: icings, fillings, crusts...everything is made in-house. Recommended items here include a “kritter cronut,” a combination fritter and croissant, as well as a weekends-only peanut butter and jelly donut that comes with a four-berry jelly filling and a peanut fudge topping.

We've seen a lot of different bakeries over this piece, but an Italian bakery, that's something new. Vito's Bakery in Clinton Township offers a new and unexpected look at baked goods by focusing on some of the best Italian specialties around. It won a Best of Detroit award for its muffaletta, cannoli and cassata cake, and that right there should show why this bakery's special. Not just for the awards, but for the comparative rarity of the baked goods on tap. There are even pizzas on hand for those a bit less adventurous but no less hungry.

In a mood for cakes or cookies that will leave you shouting hallelujah? Then head up to Eagle Harbor in Michigan's Upper Peninsula, where the Jampot awaits. A monastic bakery, "under the jurisdiction of the Ukrainian Catholic Eparchy of St. Nicholas in Chicago," the Jampot will offer up a variety of treats that can be shipped worldwide. A cookie assortment and gingerbread pancake mix starts off the effort, and fruitcakes, preserves, fudge and other confections along with a line of whole-bean coffees are on hand.

All the way up in Marquette, with a second location in Ishpeming, the Huron Mountain Bakery holds some clear distinction for itself. Ranked the top dessert in Marquette and number six of 92 places to eat in general in and around Marquette by TripAdvisor—as well as holding a Certificate of Excellence—Huron Mountain Bakery offers just about every kind of baked good around, from sweets to breads to sandwiches and—for those who make the jaunt to Ishpeming—wood-fired pizzas.

View more Michigan Bakeries and Pastry Shops.
Select a Michigan town to find
the Best Things-To-Do and Places To Go around you