The 10 Best Bars in Michigan! 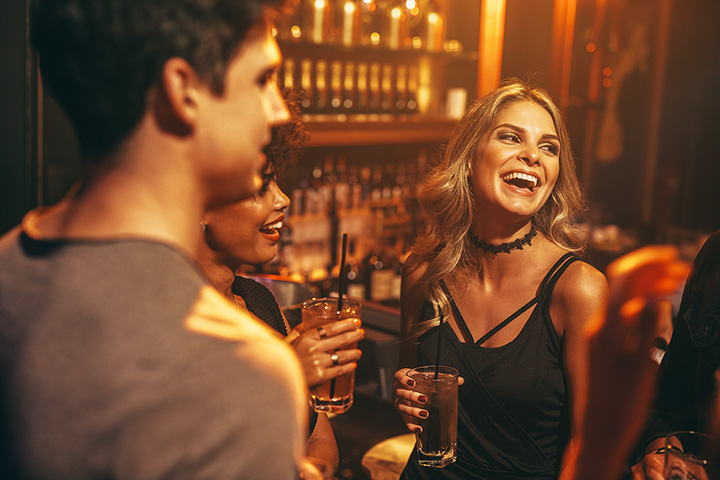 Michigan is home to some of the best bars to kick back, relax and have a few with your friends. The extensive list of top-notch options makes it tough to narrow this list down to just 10! From dive bars with a prime selection on tap, to more upscale wine bars for a more relaxed evening, Michigan has something that suits you. Here are our 10 favorites in the state.

With locations in Ann Arbor, East Lansing, Grand Rapids and Detroit—and now in Kalamazoo—this impressive bar features as many as 100 individual taps in some locations, reports note, as well as a range of food options from sandwiches to something called the “Peanut Butter Porter Pie,” which actually looks to have chocolate sauce involved.

Frankenmuth is known for a lot of things, like its German heritage, its chicken places, and its single-minded devotion to Christmas. What it may not be quite so known for is the Prost Wine Bar and Charcuterie. Those wondering what the translation means, it basically is “Cheers!” in German. Prost offers a constantly-growing bill of fare from craft beer to cocktails, and a wide array of food choices as well. Ever wonder what Italian ham tastes like with German beer? You can find out at Prost!

Mt. Clemens plays host to this little wonder, known as “Eastside Tavern” or “Frank's Eastside Tavern,” and it's a bar that's great by degrees. Start it out by its location, in the basement of a 100-year-old farmhouse. Follow it up with its history, in that said basement was a “blind pig,” or basically a lower-tier speakeasy during Prohibition. Round it out with live music and a half-pound bar burger known throughout the state and no matter what you call it, this will be one to see.

Home of the Talley Burger, and the man known as the most beloved man in Lewiston by some reports, owner Bird Smith, Talley's Log Cabin Bar represents a fairly normal bar. It has simple but delicious food choices and a pool table is on hand. The real attraction here is the random chance that Bird's wife Moe might be handing out free jars of strawberry jam to customers. She considers the activity therapeutic, reports note, so on any given day, you may be able to walk out with a free jar of jam in tow.

Head on out to Grand Rapids for this bar named for Michigan's wholly unique shape. Whether you're looking for a pizza—of which there will be several varieties available—or for a unique beer, like the Stretch Cream Ale made with vanilla bean and orange peel, you'll get it right here. Throw in the history, as this bar was set in a historic engine house, a mug club to encourage repeat business and even a charitable foundation to do some good in the process and there's nothing here you likely won't love.

With a name like that you know it's got to be something else, and those willing to go to Merriweather in the Upper Peninsula will soon see why. The Upper Peninsula has dozens of bars—109 of these were documented in a book called “Yooper Bars,” and this was one of them—and the Hoop n' Holler is home to a dubious but noteworthy claim in that it has the lone barstool that's the farthest west point in the Eastern Time Zone. Go any farther west, it's noted, and you'll be sitting on a stool that's an hour behind. It's also well known for being a snowmobile bar, in that many snowmobile drivers are known to drive right up to it.

The Pine Stump Cook Shack and Drinkery near Newberry—also part of “Yooper Bars”—is built near the site of a pine stump that, in the 1840s, served as a point for local lumberjacks to collect their mail. Naturally, such a gathering place made a fine site for a place to grab a bite and a drink, and so Pine Stump was born. Now, it features pizzas, burgers, fresh-cut fries, and late night appetizers along with a great backstory to go with it.

The WL Social House in Kalamazoo—which is part of the Millennium Restaurant Group that offers some of the best places to eat in town—offers a clearly upscale experience that's described as “refined.” Another word to describe it might also be “versatile,” as it not only offers a dinner menu, but also a dessert menu, a menu for large parties, and the “dinner and a show” menu for special events that's a kind of “prix fixe” menu.

The Kalamazoo Beer Exchange—located in, as the name implies, Kalamazoo—gets a slot on this list thanks to an unusual mechanic: Fluctuating beer prices. The price of a certain brew—and there are plenty to choose from—will actually change throughout the night, and every so often, seemingly at random, a “market crash” steps in and sends the price of every beer plummeting. Throw in a variety of food options made directly in front of the buyer and every night is just a little different.

In 2014, MLive went in search of the best bars in Michigan, and over 2,000 miles and 42 bars later—a journey that took fully 11 days—the end result was reached, and Hoppy's Bar in Kenton was declared Michigan's best. Featuring an array of food choices—the Sloppy Burger is particularly recommended—as well as a clear devotion to fun and local color, and Kenton's Hoppy's Bar is clearly a destination unlike most any other in Michigan.