The 8 Best Boat Tours in Michigan! 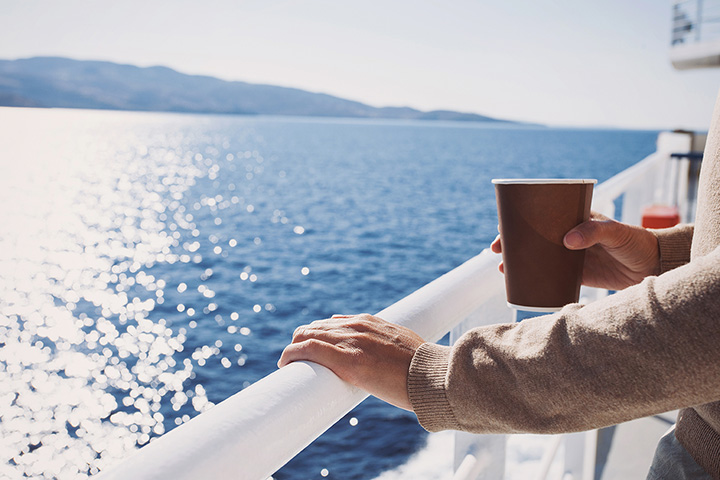 Michigan can often be best experienced from the deck of a boat. Whether you’re looking to explore shipwrecks in Lake Superior or you want to watch the sunset from a catamaran, Michigan has some of the very best boat tours in the country. To experience the state from a different perspective, check out the 8 best in the state.

Munising's Shipwreck Tours offers a look at some of Lake Superior's greatest sights. A two-hour trip, the tour will take you around not only two shipwreck sites—like the name suggests—but also shows you a slate of caves, rock cliffs, and a major lighthouse. You'll get to see a ship that was built before the Civil War, and you'll get a larger overall look at both Grand Island—a frequent haunt of bald eagles—and Munising Bay, a natural wonder in its own right.

The Soo Locks is the waterway that allows passage between Lake Huron's northernmost points and Lake Superior's easternmost. So if you want a look at the waterway that allowed for some serious economic development for the entire United States, head on up to Sault Ste. Marie and check out the Soo Locks Boat Tours. You'll not only get to “lock through” and proceed from one lake to another, but you'll also get to check out all four of the U.S. locks, several hydroelectric plans, the St. Mary's Rapids and even the Historic Canadian Lock.

Saugatuck is known as an art destination in Michigan, but there's more going on here than that. One of the biggest draws in Saugatuck is the Star of Saugatuck, a paddlewheel boat that runs 90-minute tours throughout much of Michigan's good-weather months. You'll not only get a good look at the region, but you'll also have a good chance at catching sight of local fauna from deer to foxes to even the occasional bald eagle. With narrations pointing out the best sights, you'll be able to catch plenty on your cruise.

Diamond Jack's River Tours, located in Lincoln Park, provides a little something different when showing off the area around Detroit. There's actually quite a lot to see here, from the GM Renaissance Center to Bob-Lo Island and well beyond, so be sure to take the trip more than once if you want to see everything. There are two different ports the tours depart from—the Wyandotte Dock and the Rivard Plaza Dock—and you'll have an option of a 1 p.m. tour or a 3:30 p.m. tour, at last report.

The Michigan Maritime Museum in South Haven is largely devoted to Michigan's boating history, which isn't a surprise, because Michigan. Michigan is 41.5 percent water, after all. Anyway, the museum features a replica of a tall ship from the early 19th century, the Friends Good Will. Said vessel is taken out routinely onto Lake Michigan, and museum guests can come along for said sails. There's even what's known as a “pirate chase,” which allows you to take the Friends Good Will on a simulated pirate hunt.

A post shared by Michigan Maritime Museum (@michiganmaritimemuseum) on May 11, 2018 at 8:09am PDT

Here's an unusual tour for anyone in Muskegon who wants to get more out of a tour than some memories and a few nice pictures. Specifically, fish; Jobsite Sportfishing runs an excellent fishing tour of several fisheries in the area, including not only steelhead, but both chinook and coho salmon fisheries. Should you run into a brown or lake trout along the way, they're also equipped to take those on, so for a full look at fishing in Muskegon, check out Jobsite Sportfishing's action-ready tour.

Traverse City's Nauti-Cat comes with an unusual pedigree: it's home to the single largest commercial sailing catamaran in the Great Lakes. It's got passenger space enough for 40—so this is definitely not one of the catamarans you see as prizes on “The Price Is Right” every so often—and is also home to several local microbrew selections. At least, that was the case starting in 2015. Some cruises even feature live performances by area bands, so whether you want to set out at high noon or sunset, you're ready with Nauti-Cat.

If you're looking for versatility in your boat tour, then check out the itinerary for the Huron Lady near Port Huron. They've got regular cruises, of course, which allow you a look at the area via the St. Clair River from a boat. However, you can also step in for the dinner cruises that start you off with dinner at the River Crab restaurant—a three-course affair as well—and finishes the meal with dessert aboard the Huron Lady. The dessert service is also part of a sunset cruise, which adds to the overall effect.