The 8 Best Bookstores in Michigan! 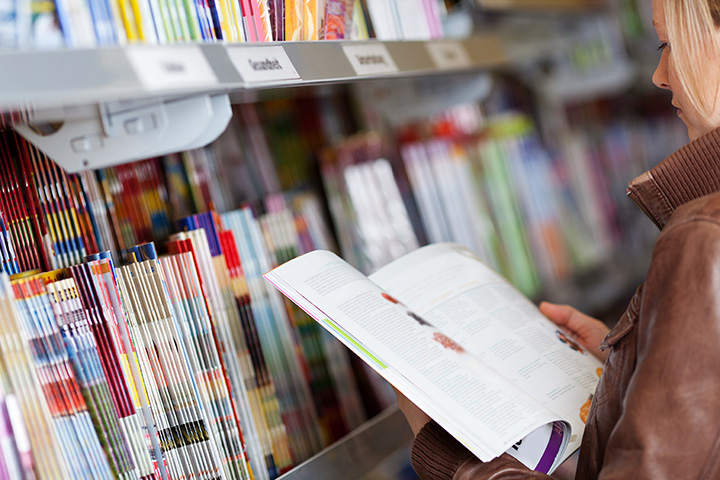 Contrary to popular belief, bookstores are still alive and thriving. Independent bookstore across the state of Michigan hold new and classic literature alike. There’s something about holding the physical copy of book in your hand that just can’t be replaced. Whether you’re searching for Dr. Seuss, a best-selling novel, or a classic piece of literature, these 8 great Michigan bookstores will surely have what you’re looking for.

It's hard not to mention Three Rivers landmark Lowry's Books on this list because it takes up such a large portion of Three Rivers, at least, the downtown. Expanding from its original dimensions into three of the surrounding storefronts, this used book haven has a sister location in Sturgis and offers a staggering array of used titles. Those titles not found immediately to hand can be special ordered as needed, and the store also offers toys and other fare to round out a shopping trip.

Detroit property John K. King Used & Rare Books represents something of a milestone as, back in 2014, Business Insider ranked it as the second best bookstore on the planet. Contained in a former glove factory, the store contained close to a million total books in stock, and encourages an experience where shoppers get lost in the stacks. The store advises customers to not worry, as they'll be “gently push(ed) out at closing time.”

Once again, Traverse City steps in with a place to love on our lists by giving us Horizon Books, a bookstore that considers itself to be an “anchor of community life.” Offering up not only scads of books—it's been in operation since 1961—Horizon Books knows that man does not live by paperback alone. To that end, it also offers the Horizon Shine Cafe, which includes coffee, food, and Northwoods Soda, a brand familiar to those throughout Northern Michigan. Also check out the section devoted completely to matter related to local landmark the Northern Michigan Asylum.

A Kalamazoo landmark, Kazoo Books focuses on local writers, and not only keeps their content in stock but also offers a variety of groups and workshops devoted to the generation of new local writers to come. Of course, there are also representatives of non-local writers afoot in both new and used books, and the store's collection of cats also stands ready to assist readers in sitting around and not doing much of anything.

With a name like that, you know you've got to be walking into some serious book shopping fun, and given that the Friends book shop in Ann Arbor processes over 200,000 titles a year at last report, it's approximately like physically walking through Amazon. Powered by donations, and operating routinely on the strength of volunteers, those who want to find a good book will have every opportunity to do so right here.

Snowbound Books in Marquette lands a slot on this list by delivering one key point in its favor: It’s one of a handful of bookstores in Marquette, making it a force to be reckoned with by being available to residents of the Upper Peninsula.  It manages to stand on its own merits, though, being a “place for people allergic to life without books.” Hard not to get behind such a sentiment, and easier still when you consider the free newsletter that details staff picks and book reviews to make shopping easier.

Michigan's capital, Lansing, is known for a lot of things, and in East Lansing, one of the great points about the area is Archives Book Shop, a store offering up over 30,000 titles ranging from the best of the 16th century to the very latest modern blockbusters. Whether looking for an item to round out a collection or for a long-sought-after reading piece, Archives Book Shop will deliver.

Heading to Grand Haven? Well, you've got good reason, thanks to all the shops and restaurants out that way. Oh, yeah, there's also a big lake nearby, something called “Lake Michigan” or something like that, who can keep track with all the lakes around here? Those in the market for a beach read need only stop into The Bookman, which features over 10,000 new books, and untold thousands of used paperbacks. Whether looking for something for the kids or something for their parents—or for something that isn't a book at all like maps, artwork, puppets and beyond—there's a little something here for most any taste.