The 7 Best Brunch Spots in Michigan! 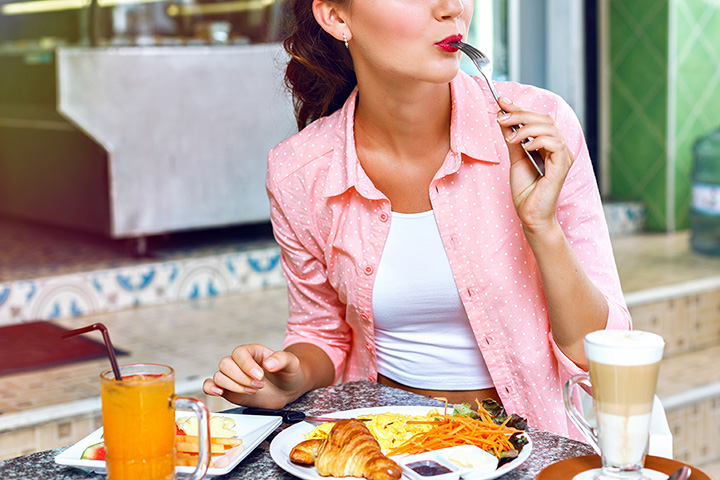 One part breakfast, one part lunch, and all parts delicious, brunch provides the best of both worlds. Whether you’re craving a fresh sandwich and salad, or an omelet and some Belgian waffles, you can get a taste of it all at these 7 great Michigan brunch places in the state.

When Eater calls the Brooklyn Street Local one of Metro Detroit's “essential” brunch options, you know to take it seriously. Featuring several brunch-only options like scones, the brunch salad—featuring mixed greens, candied walnuts, bleu cheese and a poached egg—alongside an array of breakfast and lunch options, you likely won't mind the place closes at 3 p.m. every day it's open. There's too much good going on in that time frame to mind.

Ann Arbor's Aventura—a comparative newcomer to the scene—offers a “modern Spanish tapas” menu complete with lunch, dinner, and dessert. However, it's willing to start a little earlier than that with its brunch menu, which offers some interesting new takes on the brunch concept. For instance, a fruit plate becomes Plato de Fruta, featuring seedless grapes, grapefruit, orange, pineapple, quince jelly and wildflower honey. It steps up from there, featuring tortillas, paella, and beyond to provide an unexpected brunch.

The Laundry, in Fenton, features the area's best chef in Chef Jody, reports note, and so it walks in with some big shoes to fill already. How will the best chef in Fenton fill your brunchtime belly rumblings? Consider sandwiches like the Croque-Madame, featuring French toast as a base and topped with maple syrup and an egg over-easy, or the grilled fromage featuring bacon and cheddar on cinnamon raisin bread. Consider hotcakes and skillet breakfasts as well, or just toss it all and jump straight to dessert, with crème brulee and the bizarre combination of ice cream and olive oil.

Another Ann Arbor staple, Zingerman's has already made our lists on previous occasions for deli and similar options. But Zingerman's Roadhouse is a completely different animal, a restaurant regarded as one of the best brunches in the entire country. Featuring unexpected combinations like the Pastry Basket—a combination of coffeecakes and a Roadhouse doughnut—and the catfish po' boy, Zingerman's Roadhouse will deliver for brunch what its deli equivalent did in the deli sandwich market.

The My Place Restaurant in Marquette represents something of an unusual development—it's a restaurant in a Holiday Inn. It's also been offering Sunday brunch for the last few years, and represents one of the best such options around. Featuring waffles and omelets, along with roast beef, ham, barbecued chicken and an array of desserts—as well as Eggs Benedict, a menu item that's been said to be somewhat tough to find in Marquette—My Place will ably straddle the line between breakfast and lunch offerings.

Grand Rapids' Terra GR features a brunch on both Saturday and Sunday, making it entirely possible to have brunch all weekend. Featuring egg dishes, wood fired pizzas, a slate of pastries, salads, omelets and even a slate of brunch-appropriate cocktails—the Bloody Mary and the mimosa, in particular, among others—Terra GR will open up a variety of taste treats geared toward the late morning diner. Thankfully, there doesn't seem to be much difference between the Saturday and Sunday brunches, making one day just about as good as the other to stop in.

Dubbed a “Saugatuck Tradition” by a Holland diner, and running since 1986, Ida Red's Cottage offers a wide array of options on hand. Frequently mentioned among diners, meanwhile, is the French toast and the homemade muffins, as well as some really top-notch bacon, which is vital to a balanced breakfast that's even worth talking about. It's also noted that there can be some long waits to get in, so though you may have to exercise some patience getting in, the results can be well worth while.