The 7 Best Cocktail Bars in Michigan! 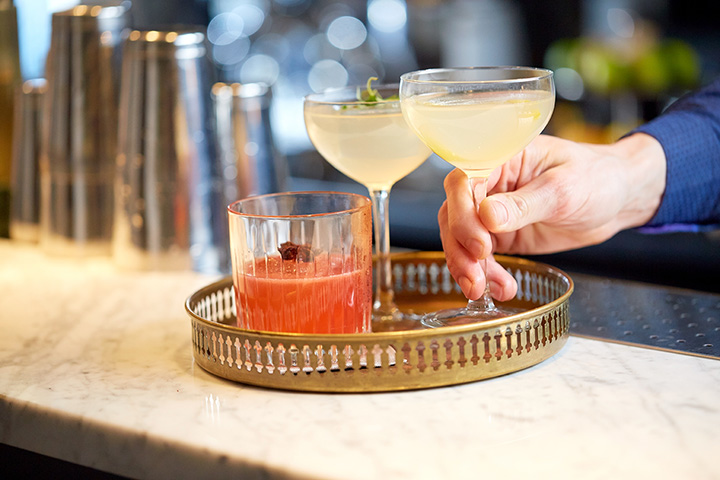 With over 100 commercial wineries in operation, plus breweries and distilleries, Michigan is home to some great places to have a drink. Enter the cocktail bar: one of the very best when it comes to drink preparation! The mixologists of Michigan are experts at what they do. So for those thirsty travelers and locals alike, check out these 7 awesome cocktail bars in Michigan!

Rated Michigan's best cocktail bar by Michigan Radio, the Last Word in Ann Arbor represents some terrific drinking options. It's home to several special events like the Pure Michigan event. It's also made a name for itself on the strength of its snacks, which go about as far beyond bar nuts and pretzels as you possibly can to include things like oxtail poutine and potatoes and chicken lemongrass dumplings.

Principle Food and Drink in Kalamazoo specializes in what it describes comfortingly as "...fresh flavors, creatively crafted with time tested technique." Well, that ticks all the marketing boxes, doesn't it? But it's more than just a catch phrase at Principle...it's a principle. Try some local favorites like the Smoked Sazerac or the Tangier, boasting Plymouth gin, bonal, rose water, Grand Marnier and orange bitters. And lest you think it's just about the booze, try some noteworthy snacks including cheddar biscuits, a slate of vegetarian options and even some genuine desserts like the peanut butter banana split.

Ferndale's Oakland Art Novelty Company took second in the Michigan Radio survey, and with good reason. Not only does it offer some exciting drink options like 10-year-old Four Roses Bourbon, but it also keeps up on new developments in drink making. Recently, the staff went to New Orleans for Tales of the Cocktail, which offered some incredible enlightenment in the field and gave the group a slate of new options to try. It also recently took an award from Martell for Detroit's Best Sazerac.

Head out to Muskegon to check out the 18th Amendment Spirits Co., a place that takes the concept of "local sourcing" to an entirely new level. Not only is this a cocktail bar, but it's also got its own distillery to supply the basis for those cocktails. With 18th Amendment Spirits Co. bourbon whiskey and rye for starters, among others, going into things like an Aviation and a Barrel Aged Negroni, you'll have choices on just about every front to consider. In case you're looking for food to round it out, you'll be covered here too—try three different kinds of bruschetta along with a charcuterie board and plenty more beyond.

Traverse City's Low Bar—found directly under the 7 Monks Taproom—provides the kind of experience that customers commonly expect to find in bigger cities while at the same time offering an experience similar to the speakeasies of the Prohibition era. Home to over 70 different whiskey varieties and over 200 other spirits (it's said to have the most extensive list of rare bourbon, rum, gin, vodka, tequila and scotch varieties in northern Michigan), you'll find plenty of options on hand here. Try the Boss, a combination of Vida Mezcal, Courvoisier VSOP, Cherry Heering and Florida Old Reserve subsequently stirred and served in a—get this—cherry-smoked bottle with one huge ice cube.

Landing the third-place slot on the Michigan Radio survey was Detroit's own Sugar House. Perhaps the biggest draw here is theme menus, which are always changing. That's just the start of things at Sugar House, though, and the place will host a set of live events to spice things up further. Recently, Sugar House played host to a complete pig roast and luau, and will soon have a jazz night featuring Nicole New.

South Haven's Taste has exactly two purposes in mind: small plates and martinis. This is great news for anyone looking for a cocktail bar, because that means not only drinks, but food enough to shave off some of the aftereffects of drinks. Featuring cold plates and hot, along with an array of drinks, options are seemingly limited only by the imagination. In the market for tuna tartare? You'll get it here. How about a BLT Martini featuring house-made bacon vodka and Bloody Mary mix, while garnished with more bacon, lettuce and an olive? That's in play. And that's just the start of the options you'll find when you step into Taste.