The 15 Coolest Houses in Michigan! 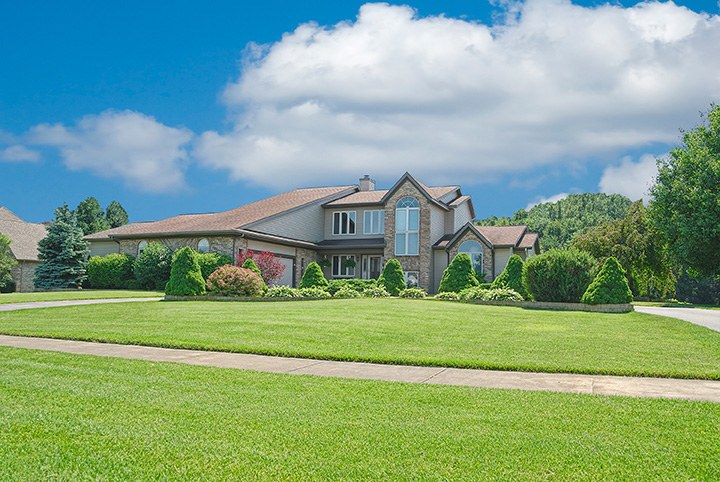 Michigan is home to a variety of architectural treasures. Whether it's just to see the masters of a craft at work or to get a few noteworthy ideas for your own home construction, seeing what others have done to their homes can be a real inspiration. So, for those seeking inspiration, let’s take a look at 15 of the coolest houses in Michigan!

It likely won't surprise anyone that Ford—in a sense one of the names that built Michigan—shows up on this list, as one house that bears the famous name in Grosse Pointe Shores, the Edsel and Eleanore Ford House, represents one of Michigan's most famous. Designed by Albert Kahn and landscaped by Jens Jensen, the Edsel and Eleanor Ford House represents star power inside and out, making it one of Michigan's most distinctive homes.

One of a handful of Frank Lloyd Wright homes in Michigan, the Meyer May House started life as a home for a clothier out of Grand Rapids, which is where the house can be found today. The house didn't stay a private home long, though, as it was eventually bought by Steelcase, who established a working relationship with Wright himself when Steelcase built Wright-designed furniture for Johnson Wax. Now, visitors can see a prime example of a “Prairie School” Wright in Michigan most any time of year.

Located in Charlevoix is one of the closest things Michigan has to an actual castle. Built by former vice president of Sears, Roebuck and Company Albert Loeb, Castle Farms went through a lot of changes, including being both a dairy farm and a nightclub for a while. A hedge maze, picnic space, and a complete—albeit seasonal—model railroad rounds out the sights at this amazing house that's seen plenty of changes in its lifetime.

Fantasy buffs who hit Charlevoix will find a welcome sight waiting: The Mushroom Houses of Charlevoix. Often compared to “Hobbit houses” of the book and movie series, the Mushroom Houses were the creation of insurance salesman and part-time homebuilder Earl Young. Known throughout the world, these distinctive houses are not only available for tours, but some reports suggest there are even rental opportunities available.

The other Ford estate on this list, the Henry Ford Estate in Dearborn is a massive, sprawling affair that not only represents an architectural masterwork but also a historical one as well.  A set of rooms here were specifically devoted to Thomas Edison, who routinely visited the estate, and the estate features an early working hydroelectric dam that generated power for large parts of Dearborn in its early days. A small farm is also on hand, built for the entertainment of Ford's grandchildren.

Another house designed by Albert Kahn, the Bloomfield Hills home of a publishing dynasty represents one of Michigan's greatest. Occupied by Booth Publishing Company's George Booth and Detroit News founder's daughter Ellen Warren Scripps, this magnificent house is not only an architectural joy but is also filled with a variety of art pieces both acquired and individually commissioned.  There are even some unexpected exhibits for special events. One recent event featured Ellen Booth's own wedding gown.

Like many of Michigan's greatest homes, the Hoatson Home on the Keweenaw Peninsula near Laurium was built by a resource magnate. This one was built by Thomas H. Hoatson, and though he built his fortune with a company in Arizona, he'd not only graduated high school but briefly spent time mining in Calumet. The Hoatson House, meanwhile, boasts four stories and 13,000 square feet complete with walls made of elephant leather. Those wanting to see it can see it by its current name: the Laurium Manor Inn.

It's perhaps the best-known house in Midland, and easily one of the best known in Michigan. The Alden B. Dow house was the creation of its namesake, son of Dow Chemical founder Herbert and his wife Grace Dow. Alden went on to be one of the biggest names in architecture Michigan had ever known, even apprenticing under Frank Lloyd Wright. With such to inspire him, Dow built a house that still invites tours even now, featuring the “floating” conference room that's actually built 18 inches below the water line of a nearby pond.

Formerly the home of Detroit lumber baron David Whitney Jr., this 52-room mansion boasts a host of smaller architectural treasures contained within. Built in 1894, this massive house offers Tiffany stained-glass windows and mahogany woodwork throughout. The highlight of the house was the staircase in the grand hall, a bronze balustrade affair that needs to be seen to be believed. Today it's home to the Whitney restaurant, and champagne tours are available for those who want a look around after dinner.

Distinct for being the largest building in Lansing until it was dethroned by the actual Capitol Building itself, the Turner-Dodge house was built for two of Lansing's first residents: James and Marion Turner. When the Turners moved in back in 1847, reports note, the town wasn't even called Lansing, but rather, just Michigan. A bit redundant, yes, but the house remains today as a major piece of architectural history, available for tours complete with special events throughout the year.

If the name sounds familiar, it's because it probably should. Those who head for the Cranbrook Art Museum in Bloomfield Hills will find this wonder waiting, as the Saarinen House was the house of Eliel Saarinen, designed for himself and his wife Loja. Later on, it also became a residence for the Saarinens' son, Eero, who is best known as one of the leading figures of American architecture in the 1900s.

Easily the biggest name in Battle Creek, it's not surprising that Kellogg built his house in the area. Overlooking Gull Lake, this massive Tudor house features sculpted light sconces and an oak staircase that actually took two years to construct due to the extensive hand-carving. Efforts to restore the house for tours got a boost as those doing the restoring turned to huge piles of old Marshall Fields receipts that Kellogg had saved. Now, the house is a Michigan State University biological station, but can still be toured with both guided and self-guided tours.

In Marshall, there's a celebration of a former ambassador to a current state that used to be its own kingdom. Abner Pratt, Michigan Supreme Court Justice in the 1800s, served as ambassador to the Kingdom of Hawai'i, and his time spent there rubbed off on him in a big way. Upon his return to Michigan—that first winter back must have been terrible for him—Pratt began construction of Honolulu House, based on the palaces he'd seen in Hawai'i. Tours are available, and the house itself now serves as the headquarters of the Marshall Historical Society.

You're probably getting a little bored with Frank Lloyd Wright houses by now, but how about a Wright house so distinctive that Wright himself called it his “little gem?” The Smith House in Bloomfield Hills wasn't designed for a car magnate or a timber baron or a copper kingpin. Rather, it was for two Detroit Public School teachers who took their modest budget and meant to live in a Wright house no matter what. Built in the Wright Usonian style, the Smith House even boasts unexpected amenities like passive solar heating, and is open for tours to this day.

With a name like that it's got to be one for the books. Found in Rochester Hills, Meadowbrook was built for John Dodge—yes, that Dodge!—widow Matilda Dodge Wilson. A 110-room Tudor Revival house, the house features its original furnishings dating back to 1929 and beyond, the residence is also a backdrop for several exciting events including a Mother-Daughter Tea and a murder mystery dinner.