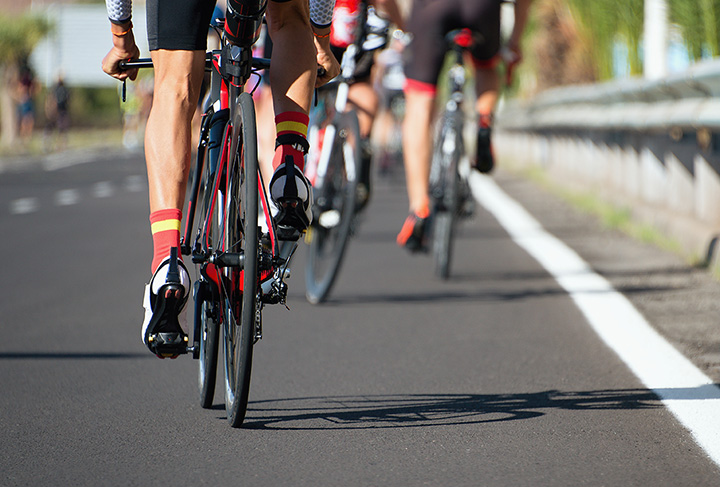 It’s no secret that Michigan is home to some top-notch racing. Well, auto racing, that is. But that doesn’t mean there is any shortage of excellent cycling races across the state. Whether you’re cheering on riders from the sidelines or gearing up to race, cycling races in Michigan are truly a thrilling event. Stretch out your hammies and go find your helmet, because it's time to check out these great bicycle races in Michigan!

Featuring not only a massive trail—about four to six miles, depending on how far you go—but also a set of challenges described as “Amazing Race-style,” and a snowshoeing event, this could be one of the biggest challenges a biker will face. Bikers here will engage in a “fatbiking” trail, which is a kind of bike with particularly fat tires specially designed for difficult terrain like sand, mud, or yes, snow.

A Michigan November can be a cold affair bested only by a Michigan December, January, February, March, and in some sad cases, April. The Iceman Cometh Challenge, starting in downtown Kalkaska, takes this notion and laughs in its face, running a bicycle race in the meantime. Running all the way to Timber Ridge in Traverse City, a distance of about 30 miles, the event ends with an after party sponsored by Bell's, well known in Michigan for its beer selection. Shorter races are on hand for those who don't want to run the full challenge, however, including the eight-mile Meijer Slush Cup and the Meijer Sno-Cone for the younger set.

One of the few bike races around with an acronym for a name, the Dick Allen Lansing to MACkinaw—DALMAC—is another one of those “it's really only a race if you want it to be” events. An end-of-summer bike tour from, as the name implies, Lansing to Mackinaw City, this four to five-day event offers a look at Michigan's central passage all the way up to the Upper Peninsula. Particularly adventurous cyclists, meanwhile, are welcome to go right on into Yooperland by way of the nearby Mackinac Bridge.

Ludington offers this impressive bike race, running two sets of races on the same day, and allowing users to choose which race they'd rather run. One race is a short race, about 12 miles through the School Forest in Ludington, while the long race will instead cover 17 miles, or about two laps. That's a strange set of figures, but entirely possible depending on how the laps are laid out. Those who want to enter will get an exciting ride through the forest, as well as your choice of a water bottle or a pint class if you pre-register with the $35 entry fee.

Another acronym-based name, the ODRAM event features a true challenge for cyclists right in its name: The One Day Ride Across Michigan. That may sound ludicrous given Michigan's size, but the good news here is that the “across” will be from left to right, not up to down. The total ride is 145 miles, going from Montague and heading over to the Bay City State Recreation Area. Cyclists get a free lunch as well as a celebration picnic at the end, so cyclists will at least be well-fed in their rather lengthy travels.

View more Michigan Cycling and Bike Races.
Select a Michigan town to find
the Best Things-To-Do and Places To Go around you