The 8 Best Places for Desserts in Michigan! 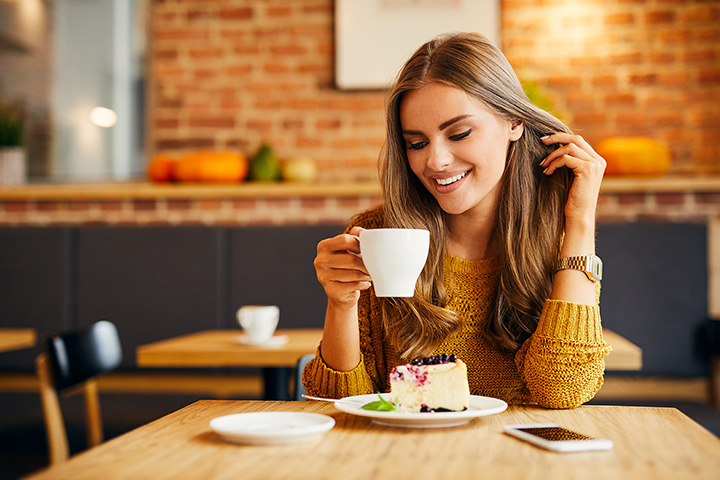 A delicious meal often feels just a bit incomplete without a top-notch dessert to go with it. Sometimes decadent, sometimes simple, dessert comes in all shapes, sizes, and flavors. It’s important to know where to find the good ones, and Michigan is no stranger to dessert. Check out these 8 great Michigan dessert options!

Four Roses Cafe in Plainwell comes with a variety of exciting dishes, but the desserts really steal the show. Given that Four Roses has a pastry chef, you know you're in for a time of it. You'll have a wide variety of options—reports suggest as many as 20 separate dessert options—including such wonders as the black bottom pie, the black top cheesecake, the salted caramel chocolate cake and the sticky toffee pudding.

A burger joint with a top-notch dessert? Preposterous, you might say, but the Halo Burger—in several locations around the Flint area—delivers a thoroughly classic Michigan dessert. It's called the Boston Cooler, and it's an ice cream float that comes with two Michigan favorites. It starts with Stroh's vanilla ice cream, originally a Detroit creation, and Vernors ginger ale, another Michigan innovation. The best part is you can make these at home, or at least a breed of them, so when you've had your burger, you can have your Boston Cooler—named for Detroit's Boston Boulevard—any time.

Lansing's For Crepe Sake features, as the name suggests, crepes. Crepes come in a wide array of flavors. While customers here will be able to get a variety of crepes suitable for a meal, there will also be plenty of sweet crepes here as well. From the tart pecan—with brown sugar, pecans and maple syrup—to the crepe a l'orange with its orange marmalade and crème fraiche, you'll have a tasty crepe following your filling crepe waiting for you at For Crepe Sake.

At Grand Rapids' Brewery Vivant, you'll have access to the produce of a “scratch kitchen,” which means the entire menu is made in-house. That's everything, and as the name suggests, that includes beer. Desserts here range from an unexpected offshoot of cheesecake for vegans—it involves toasted fennel seeds—to a chocolate board. Perhaps the strangest of all, however, is the Big Red Coq IPA, a kind of beer that uses caramel malts, commonly used to add sweetness to a beer.

Crane's in the City, Holland, MI

Holland's Crane's in the City has been running since 1916, reports note, and in the process has likely learned a lot about how to do dessert. You'll be able to get a wide array of fruit pies here, from apple to raspberry, but that's just for starters. Strudels and apple dumplings are on hand here, and in perhaps the strangest twist of all, there's a cidersicle on hand, which is about what it sounds like: a frozen stick of apple cider, sweetened with a bit of honey.

Frankenmuth is one of the biggest tourism stops around in Michigan, and the Bavarian Inn is one of the biggest attractions therein. Known for its family-style chicken dinners, it's also packing a pretty healthy punch in the dessert department. Homemade ice cream is on hand for a start, but the apfelstrudel puff pastry is also noteworthy. Said to be the king of them all, though, is the Frankenmuth Rum Torte, chiffon cake with custard, strawberries and whipped topping.

Taking the tapas concept to its logical conclusion, some of its desserts are small bites, well-suited for sharing. The dulce de leche cheesecake bites and the cayenne chocolate truffles are handily bite-sized—and cayenne in chocolate can be a real surprise—but there's also more standard fare, like the tres leches cake and the cinnamon bread pudding.

With a name like THE Underground Cheesecake Company, found in Traverse City, you might think that all they have is cheesecake. Granted, you're not far wrong, but there are subtle nods to nutrition here and there, like with soup and sandwich options. But the cheesecake is the clear showstopper here; from caramelized bourbon snap to chocolate chocolate chip, from Dutch apple crumb to lemon drop and way, way beyond, the Underground Cheesecake Company is a force for dessert that few can match.