The 7 Best Escape Rooms in Michigan! 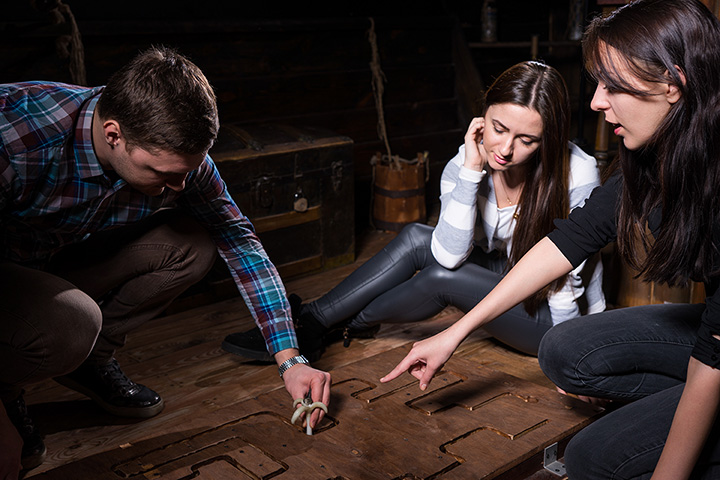 If you’re a competitive person who works well under pressure and have always loved solving riddles and puzzles, escape rooms are just the thing for you. From sinking submarines to Harry Potter-themed thrills, there are all variations of escape rooms in Michigan. See if you can figure your way out in time with the 7 best escape rooms in the state.

Portage's Escapology comes with two major points to its credit. First among these is the range of experiences offered at the facility itself. Visitors will be able to take on the Cuban Missile Crisis, a hacker gone rogue, or a sinking submarine among others, tailored to reflect various skill levels all the way from entry level to highest difficulty. The second is that Escapology is connected to the Airway Fun Center, which opens up a slew of new options after a night in the escape room.

Those in one of Michigan's great lakeside towns—Grand Haven—will be able to enjoy a night in a puzzle room with Grand Haven Room Escape. With three rooms available—the Studio, the Barber Shop, and perhaps most terrifying of all the Autopsy—you'll have a range of options geared toward individual skills and experience with the escape room phenomenon.

Grand Rapids has its share of escape rooms to check out, so start with the Ruse, which offers large group operations down to small group settings of as little as two people. With your choice of the Trophy Room or Inventors Guild rooms, visitors will face down a ticking clock and a string of clues to get out of the room and complete the story involved. Stop by their website to check out a 3D tour to get a better look at what you're in for in advance.

Davison, not far from Flint, offers Michigan Escape Games, an escape room complex that offers several different rooms depending on your skill and even your physical fitness. The Dwelling, for example, sends its visitors on a ghost hunt that requires stair climbing and the ability to “bend sharply at the waist.” The rest of the rooms, meanwhile, range from the CDC Laboratories Viral Containment room to the Final Breath room that has you escape a madman who's trapped you in a room without oxygen.

Ann Arbor is one of three locations—including a future room coming to escape-room-heavy Detroit—that hosts a Decode Detroit outlet. Decode Detroit has just one game, a three-part experience known as Minerva's Trilogy. While the first and third parts are meant to be played at the Decode Detroit location, the second part sends players headlong into downtown Ann Arbor to hunt clues to set up the third portion of the trilogy. For an experience largely unlike most others, Decode Detroit is a great place to start.

Jackson's EpIQ Escapes offers four different experiences, including two that are “private experiences” that are commonly limited to one booking per game. Face a unique 1999 party in Escape the 90s or take on the mysterious Ghost Ship by yourself, or team up to tackle the Wacky Inventor's Workshop, a steampunk experience that features a new invention poised to self-destruct. The hardest room, the Back Alley, sends players on a hunt for a terrifying serial killer, giving players a wide range of experiences to try out.

Even the Upper Peninsula is in on the escape room phenomenon, and you'll see as much clearly with Escape Marquette. Ever wanted to escape from third grade? You'll have that chance here. Want something with a little more bite? Tackle the hidden treasures of the Tomb.