The 7 Best Fusion Restaurants in Michigan! 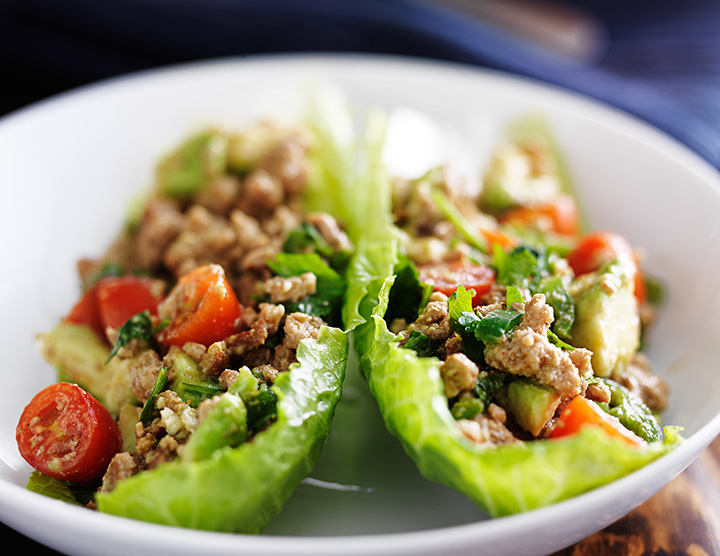 Fusion, in cooking terms, is when you take the cuisine of one country and incorporate another country's cuisine into it. Tex-Mex is one example, taking Texan and Mexican cuisines to create new wholes. Fish and chips are even regarded as such thanks to the influence of French, Belgian and even Jewish cuisines. Michigan has its share of fusion fare as well, taking elements of column A and notes of column B to create new and different work. Hope you came hungry, because we're going to run down 7 great fusion restaurants in Michigan!

Detroit's Standby will take some really impressive elements and combine these in unexpected ways. With Tunisian fried cauliflower sitting inches from whiskey mushroom pierogi, it's clear that Standby isn't afraid to travel. Throw in a wide array of cocktails and Standby will offer up some exciting options that you may never have seen coming.

Pacific Rim by Kana, an Ann Arbor location, takes many of the biggest parts of Asian cuisine and combines these into a new and glorious whole. Vietnamese beef lettuce wraps, therefore, coexist surprisingly well with what looks like a Polynesian tuna tartare with taro chips. Throw in Thai and Chinese and you're looking at a downright dizzying dining experience!

The Ai Fusion Sushi and Grill restaurant in Lansing has two specific specialties from which it will derive its fare: Japanese and Korean. The result is some highly unique fare, which includes some surprising similarities. For instance, both Japan and Korea have words for rice dishes containing fish or meat—it's “don” in Japan and “bop” in Korea. From there, we have sushi rolls, Teppanyaki dishes, and several other items available to work with.

Kalamazoo's Rasa Ria focuses on the Indonesian and Malaysian options, putting the two together bring out an array of dishes with full counter service. Boasting curries, satays and a full slate of other options, diners suggest that it's the spices that make this feel particularly authentic. Since it's family-owned, that puts a little extra touch of the familiar into things, and provides some extra incentive to deliver top-notch service.

Muskegon's Naan Pizza features one of the strangest fusions I've seen in some time. As the name suggests, it's pizza involving naan, a kind of bread from a variety of locales in south and central Asia. Naan Pizza will take the naan bread and combine a variety of ingredients to produce a pizza unlike any most have ever seen before. Try the Chicken Tikka or the Indian Veggie to make one of the oddest—and maybe even tastiest—pizzas you've tried lately.

Featuring several different Asian cuisines under one roof—including Japanese, Thai, Korean, Chinese and Vietnamese—Pi's Asian Express in Midland will open up some exciting new options in the region. With egg drop soup and kimchi immediately on the sides menu next to each other, you can see the range of items available here, making it a safe bet you'll find just what you're after.

Hidden away in Frankfort, the Fusion might be one of Michigan's better-kept fusion secrets. The Fusion brings together a complete lineup of Asian dishes—it's referred to in some circles as “pan-Asian”—and combines these with “American flair.” Currently offering the largest sake list in Michigan, as well as some impressive small plates—try the Marsala mussels alongside edamame and Szechuan calamari—for a robust experience.