The Best Places for Gelato in Michigan! 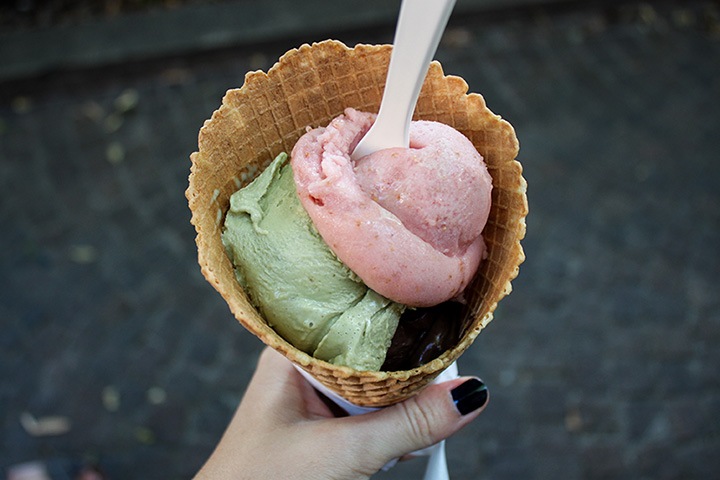 Gelato—what is it? Why does it taste so good? And where can we get some right now? Gelato is an Italian-style ice cream featuring a thick texture and some unusual flavors. Take some notes, because here are great options for gelato in Michigan!

The first gelato shop in Kalamazoo, opened last year, Amorino Gelato is a groundbreaker just on the strength of that point. Amorino Gelato is actually part of a chain operation that, previously, was only found in major world cities like Las Vegas and Paris. Now, this spectacular continental taste has made its arrival in Michigan, offering cold, creamy goodness without the intermediary issues of additives, dyes, and anything but natural ingredients.

Palazzolo's, in Holland, was built on a combination of three weeks' work and a second's decision. Featuring not only gelato, but also sorbet, frozen yogurt, and even vegan ice cream, Palazzolo's Artisan Dairy will offer gelato on a made-to-order basis, from only the best in ingredients to provide a taste of the upscale for a reasonable price. Throw in the fact that there are over a hundred different flavors potentially available—though not all at the same time—including flavors built around fresh fruit and liqueurs, and you've got an experience ready to go.

Leave it to Traverse City to take a place that bills itself as the coffee capital of the north and use that status to add several flavors of gelato to the mix. Offering several flavors in a variety of presentation styles—from waffle cone to cake cone to the cup and beyond—Espresso Bay will offer you the warm up, the cool down, and most anything in between.

Grand Rapids' entry into the gelato scene, Love's Ice Cream, features most everything you'd expect, starting with treats that are “organically principled” and “made from scratch.” That's a great combination, and Love's Ice Cream's gelato is actually sufficiently so made that it qualifies as vegan. It even boasts grass-fed dairy ice cream. Oh, and if you're in a mind for free ice cream, Love's will offer it up for anyone...on their birthday. Just sign up and enjoy your free birthday treat.