The 10 Best Markets in Michigan! 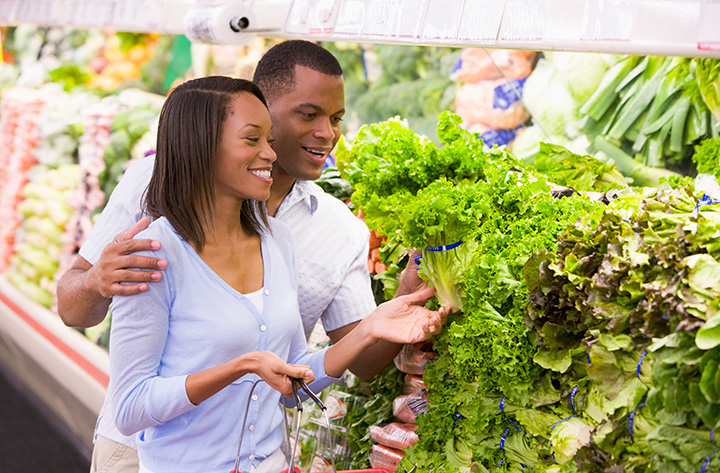 Independent grocers provide an opportunity to purchase locally-sourced goods and to support your community. In Michigan, local markets serve fresh produce, local wines, hand-crafted trinkets, and more. Next time you’re heading out with a grocery list, shop at a local market. Here are the 10 best in the state.

Gorman's Food Market in Lansing offers a distinct, “old time” feel to it, according to those who shop there, that's hard to pass up in this age of big-box grocers. A look at its prices is a good chunk of the reason why, as there are some noteworthy bargains to be had each week. Meat bundle boxes make for great barbecues, and the result is a grocery store that knows its audience.

“Michigan owned and operated since 1950.” That alone is a reason to pay attention to Hollywood Super Markets, a small-scale Michigan-only chain of grocery stores. It's grown to seven total stores, all in southeast lower Michigan. It's not just about the groceries here, though, as this chain of supermarkets offers its shoppers fuel rewards through Speedway gas stations, as well as its own “wine sommelier,” which offers insight on the best wines for a particular meal or occasion.

Head to Shelby Township for Vince & Joe's Gourmet Market, a supermarket that proves that sometimes supermarkets can be surprisingly upscale, and not just those recently bought by Amazon. Check out their bakery featuring unique tortes and custom cakes, along with their $11.99 per person custom catering packages for those times when you need plenty of food on hand. Pick an entree, pasta, vegetable, starch and salad and let Vince & Joe's do the work for that next big gathering.

If you ever took a look at your refrigerator and say, “Why don't I have any cactus?” then Honey Bee Market La Colmena in Detroit is going to be your independent grocery store of choice. Featuring a variety of Latin American favorites like tamarindo, a variety of spices, and yes, fresh cactus, you'll find plenty here you might not find anywhere else. Jarritos, Jumex, mole sauce and other Mexican candies are on hand, and check out the complete stock of pinatas for special occasions.

Regarded as one of the best independent grocery stores in Ann Arbor—which is no mean feat—Arbor Farms Market has been operating since 1979. Featuring both local and organic produce, along with a variety of Michigan meats from beef to lamb and beyond, as well as homemade salad, soup and more, it's easy to see why Arbor Farms gets interest. Toss in a complete nutrition staff along with regular discounts and online coupons and it's the complete package for Ann Arbor residents looking for the best in groceries.

Kalamazoo has no shortage of supermarkets, between Walmart and Meijer, but some unexpected gems are hidden in the independent circles. Park Street Market is one of the best such hidden gems, featuring not only the standard array of goods and produce, but also a slate of catering options as well from jumbo shrimp trays to cheese and cracker platters. Throw in a line of special offers and new weekly recipes and the result is plenty of value to go around.

Home of “local flavor” in Grand Rapids, Kingma's Market runs the gamut in food and groceries. Not only do they have some impressive stocks of fruit and vegetables along with locally-sourced meats, they've also got a wide array of cheeses, bulk foods, and both beer and wine options. What really rounds this place out, though, is its complete garden center, an attachment normally only seen on the largest stores. Trees, shrubs, berry bushes and more are all had right here.

Traverse City rings in once again with an entry in the independent grocery store field, Burritt's Fresh Market. The standards, meat and cheese and produce, are all on hand, but since it's Traverse City, there's a clear step up. A local fish selection, a slate of specialty groceries and even local food options—you know Traverse City is known for its cherries, for example—are all on hand, and when you throw in online newsletters specifically devoted to wine and cheese, then the result is a package you won't forget.

Head all the way up to Iron Mountain, where Super One Foods delivers some of the best values in independent grocery store around. You'll be able to reach several others in Michigan and beyond—there are even quite a few in Minnesota and Wisconsin—but Super One Foods remains a family-owned operation on par with the best. A weekly ad that features a heavy supply of coupons and a wide array of selections are just part of the excitement here.

Midland's Lalonde's Market offers an exciting array of options, and not just in food, either. While the standards are all here, there are also some unusual departures like summer cocktail recipes on hand. Ever wonder how to make a Charred Lemon Gin Sparkler? You'll find out here. And when you've caught up on your shopping, there's even an art gallery involved. Though mostly online, it's used as a means to advertise the store's regular line of specials.