The 10 Best Bars to Celebrate the New Year in Michigan! 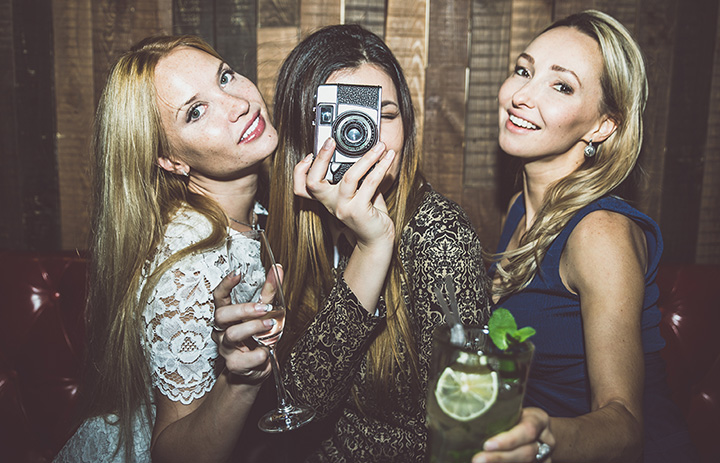 New Year’s Eve means big parties—have you planned your celebration yet? If not, no worries. We’ve got just what you’re looking for. In Michigan, from Detroit to Kalamazoo, you’ll find a bar preparing to finish out the year with a bang! Whether you’re looking for a laid-back pub event or a cool spot to sip cocktails, these 10 awesome bars will help you celebrate the new year right.

1. The Bird and the Bread, Birmingham, MI

Birmingham wine bar the Bird and the Bread is well known for its wine options and its seasonal kitchen, but it's also known for another event, the Vintage Hollywood New Year's Eve. Dress code is “vintage glam,” so you may have to do some hunting around for appropriate costuming. When you do, however, you'll get in on a three-course meal, access to “vintage cocktails,” and an evening that will make you feel like you're still partying under the Hollywoodland sign.

Head over to Ferndale for the Orchid, where a New Year's Eve party has been a part of things for quite some time now. Featuring a champagne toast, party favors, a dance show, balloon drops, and food from Pei Wei, an Asian specialty diner. Given that the event runs until four in the morning, you'll have all the time you need for a complete New Year's Eve experience and then some, running well into the first quarter of New Year's Day.

Go Blue!!!! Who is ready to see Ohio State get their ass beat tomorrow? ðŸ™‹ðŸ¼

Kalamazoo has run a New Year's Eve event for the last several years in its Entertainment District, a collection of vaguely interconnected bars and restaurants. Here, you're not just celebrating in one bar, but in your choice of several, all featuring different events at different times so you can shift from one to another with comparative ease. Whether you want to dance, catch live comedy, or enjoy a massive buffet meal, you'll have the full range of choices on hand to set up New Year's your way.

Don't miss out on a fantastic show by our favorite group of geeks! The Spazmatics play District Sqaure June 2nd. For tickets and more info check out: http://supersummerweekend.com/entertainment/friday/

A post shared by The Entertainment District (@entertainmentdistrict) on May 18, 2017 at 12:04pm PDT

Want to get home at a reasonable hour on New Year's Eve? Then Grand Rapids' Wheelhouse Kitchen and Cocktails has a solution for you. Its New Year's Eve festivities start at 4 p.m. and go until 12:30 a.m., so you'll possibly be home before the New Year kicks off in Chicago. You'll be able to get in on the regular dinner menu along with some special features from the chef, along with live music, a raffle and assorted giveaways, and a champagne toast promptly at midnight.

Those looking for an efficient New Year's Eve celebration will want to check out the West Bay Beach Resort in Traverse City. Not only will there be a complete New Year's party at the View Nightclub—part of the larger complex—that comes with bottle service and guaranteed seating if you reserve it in advance, but you'll also be able to set up a “book a room” package which means that, when you're done partying, you need not try to get home, but rather stay right there on the grounds.

The View has a Great Live band with @stylist_laceylandow doing lead vocals tonight at the Holiday Inn. If your out and about in TC come down and hear them rock!!!

The Lansing Radisson is planning to run a themed celebration, and the theme is "Journey on the Orient Express." You'll have access to a full bar and five drink tickets per person, along with a strolling dinner for two, live entertainment, a champagne toast at midnight and not only a night's stay at the Radisson, but also a breakfast bar in the morning. Safely enjoy your evening and then start the new year off with breakfast.

Thanks for the warm* welcome Lansing. *it was actually freezing but the food was good and there was a parade celebrating my arrival so pretty good.

Chelsea's Chelsea Alehouse comes with some exciting options of its own in both beer and food, but there's more than that going on. This year, join the Chelsea Alehouse for a themed New Year's Eve celebration called “A Jaunty New Year.” Suggested dress code is jeans, overalls and flannel, and is based around one of Chelsea Alehouse's first—and most popular—beer options, the Jaunty Woodsman IPA. Also join them for live music from the Ben Daniels Band, and enjoy hors d'oeuvres and a toast at midnight.

Those in Detroit proper will have plenty of options, but consider a more unique one this year: an indoor/outdoor tent party at Flood's Bar and Grille. It's been a big deal in places like Las Vegas and even Amsterdam, and now it's made its way to Detroit. Featuring a complimentary buffet, champagne toast and Remy Martin, tickets run just $20 per person and will be going on sale soon.

The Hearthstone Bistro in Muskegon has something rather special going for it: it calls its experience the “Anti-New-Year's Eve Experience,” and with good reason. It features no noisemakers, no party music, and it closes by 11 p.m. depending on the night New Year's is celebrated. But with New Year's, it expands its menu to include choices not often seen at the place. So, if you want a New Year's Eve experience that's probably unlike any you've had before, start here!

Grand Rapids' Big Old Building, or BOB, is something of a phenomenon in its own right. Part bar, part upscale food court, part comedy club, there's a lot going on herein at any given time. The locale will also put on an impressive New Year's Eve event, featuring multiple DJ operations, VIP bottle service, a comedy show, and three different three-course meals to choose from as well as a full buffet. If you're looking for a little something for everyone in Grand Rapids, the BOB might be the best place to start looking.