The 9 Best Sports Bars in Michigan! 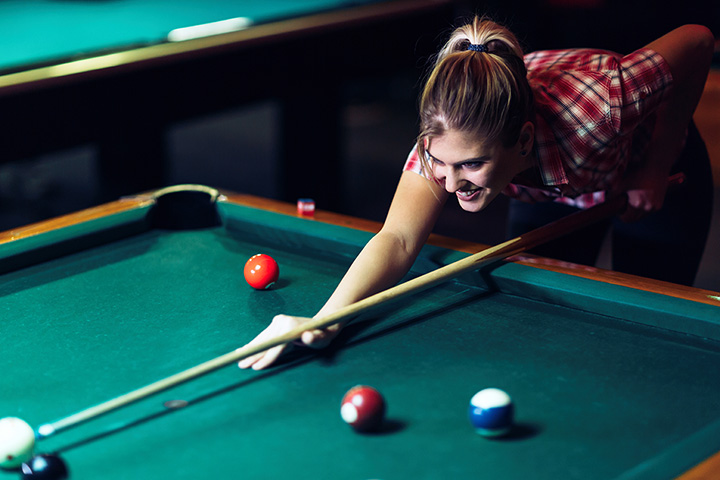 Sports bars are the perfect place to unwind after a long week and watch the big game with friends. Michigan’s best sports bars provide an atmosphere comparable to that of a live event. So if you’re looking for a great spot to snack on some wings, drink with friends, and watch your team go for the win, check out our favorite sports bars in Michigan!

Featuring a wide array of food and drink—pretzel pizza with the beer cheese dip comes up frequently—and a 107-inch television backed up by 13 smaller screens to show all the gaming, Jamboozies delivers on the watching and eating. It will even round out the experience with trivia nights, karaoke and theme events just to round it out.

Andrews on the Corner, Detroit, MI

It's not just the “million 60-inch plasmas” that get people coming in here-though there's no shortage of screens showing games. It's the frequent appearance of actual sports figures from broadcasters to coaches, and even former players, that pop in for a bite and a relaxing evening of sport.

The watchword of the day at Monelli's Italian Grill and Sports Bar is “versatility.” Whether at the Portage or Wyoming location, Monelli's is not just a sports bar with plenty of screens—including a nice projector at the Portage location—but it's also a fully functional Italian restaurant. Pizza, pasta, burgers...all the best in sports bar and Italian food are right here to go with your sports viewing. Throw in a substantial array of live tap beers—including beer flights—and you'll have an evening on your hands.

Regarded as one of the best sports bars in Grand Rapids, the Steel Cat Bar focuses on its delivery. Featuring the first Frost Rail system Michigan has ever seen—and at last report, the only such item—a cold drink is top priority for the Steel Cat. It also boasts a Chillrite 32 tap system that serves up draft beer at exactly 32 degrees. That's amazing enough—any colder and it'd be solid—but throw in a wide array of draft options and plenty of live events and Steel Cat will deliver in a big way.

Head to Holland for the Big-E, billed as the “only true sports grill” in downtown Holland. Featuring a staggering array of televisions for game watching, a few playable games—including a claw game—for good measure, and a dizzying array of food choices, it's all about big at Big-E. Throw in such spectacles as over 80 taps of beer and a “video wall” measuring nine feet in height and Big-E will deliver big...in a big way.

Muskegon sports fans have a friend in Booyah's, a sports bar that focuses on the food first. Featuring an array of dishes from burgers and wings to ribs and perch, Booyah's is out to fill up its sports fans just as much as—potentially even more than—entertain them. Naturally, the array of flat screens showing the games off won't disappoint sports buffs, but the sheer variety of dishes on hand here will make Booyah's the match of most any restaurant around.

Michigan's capital, Lansing, plays host to Nuthouse Sports Grill, a sports bar that pushes value. Featuring regular daily specials—Tuesday, for example, features dollar-off drafts and half-off wings—alongside the normal lineup of exciting food and beverage options, the Nuthouse seeks to deliver a value that few can match. From pizza to grinders to even salads, there will almost certainly be something new at the Nuthouse every time you go in.

One of the most recent additions to the sports bar space in Michigan, Carrolton Township's Merl's Tavern offers an array of choices in food and drink as well as special events. For Cinco de Mayo, Merl's brought out the Cinco de Merl combo dinner featuring beans and rice and a taco, along with $3 margaritas. Add in Team Trivia functions—always fun—and signature drink the Merlixer, which is a combination of wine and vodka along with a suite of fruit juices, and Merl's Tavern will be a great destination.

Not even the Upper Peninsula has escaped the sports bar fondness the rest of Michigan enjoys, and in Marquette lies one of Michigan's best. The 906 Sports Bar and Grill offers plenty of food and drink options, including a full bar. Throw in pool tables and keno for those who want to play rather than watch, and 13 separate televisions for those who prefer watching, and the whole waterfront is covered. Add in a special “country night” every Friday with live performances, and the 906 will deliver a top-notch value for area residents. Just to round it out, the 906 even boasts a view of the Ore Dock, one of the greatest sights in Marquette.