The 9 Best Taco Places in Michigan! 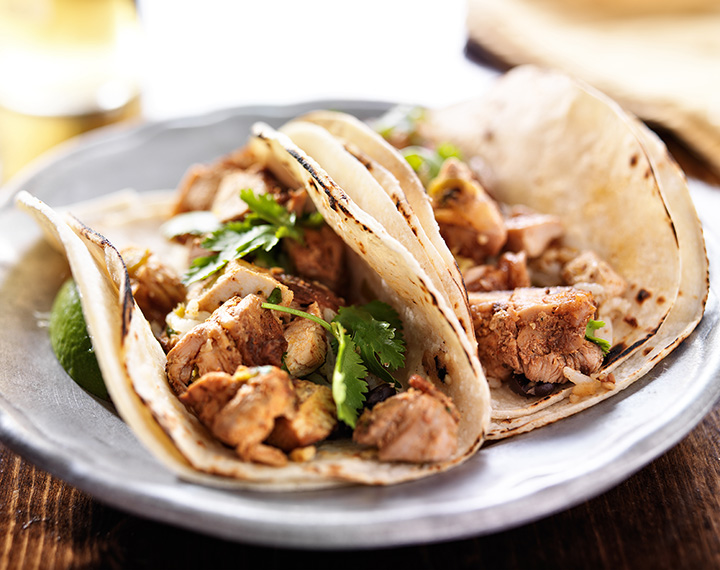 In Michigan, we are lucky. Lucky to have an abundance of excellent options for the perfect taco. Naturally, Michigan's taco options are varied and different from the rest of the country, but with that in mind, you're ready for a great adventure through Michigan's taco scene. Here are 9 of the best places to grab a taco in the state!

Grand Rapids' Donkey Taqueria—often affectionately referred to as “Donkey” by locals—offers up a small but satisfying roster of tacos and similar dishes as a whole. Look for some unexpected menu additions here at Donkey, including such toppings as purple cabbage and crawfish. However, don't expect the standards to be thrown over for innovation, as tacos like the “gringo taco” will feature standards like ground beef, cheese, lettuce, and even guacamole, salsa de queso, and cilantro.

Ever had a taco that featured pork rinds? Well, you'll have your chance at Ann Arbor's Chela's Restaurant and Taqueria, where tacos run the gamut from the outlandish, like the chicahron—pork rinds—to the mundane, like chorizo sausage. Chela's is actually run by a former Mexico City street taco maker, reports note, and that spirit—along with those recipes—follow him to Chela's, which goes full-bore for authenticity above all.

Jose's Cantina in St. Ignace is a strictly seasonal affair. Those who manage to hit this one at the right time of year, though, will get access to an impressively authentic affair that includes fish tacos as only Michigan can make them. Why? Because they feature Lake Superior whitefish as the key ingredient. It's not just the whitefish that will make this place a winner, though, as tacos here will come with such things as jerk chicken, traditional pork, and even vegetarian options fill out the taco roster.

While there are three other Chilango's locations in Jackson—including one with a breakfast focus called the Broken Egg—the Mexican Grill location is the one that will deliver the killer tacos. “Chilango” itself is a slang term used to describe people from the Distrito Federal, and has come to be known as a descriptor of a kind of intra-Mexican fusion cuisine. Featuring normal material like pork carnitas and outlandish material like Parmesan-breaded tilapia, Chilango's runs the gamut.

Found in both Lake Orion and Fenton, Sagebrush Cantina looks to offer tacos and most every other Mexican food around with equal verve and skill. The classics are on hand, of course, but so too are unexpected offerings like the shrimp ranchero and the Cabo fish taco. Plus, Sagebrush Cantina offers an array of beer options, including a hefty showing of Michigan beers.

Naturally, you can't talk taco in Michigan without at some point talking taco truck, and in Lansing, El Oasis is one of the big names to reckon with. A variety of meat choices await diners, ranging from fried pork to beef tongue and most anything you could ask for in between. With seven varieties of meat available, taco fans will have plenty to check out here. Throw in nachos, enchiladas and a wide variety of other options, and this truck will have plenty of taco options.

Even the Upper Peninsula digs tacos, as evidenced by the Border Grill, offering locations in both Negaunee and Marquette. The online menu proudly features the legend “new meats” as part of the web address, and with tacos starting with whitefish and going to shredded pork and a highly-spiced shredded chicken known as “tinga,” it's easy to see why the address points out the new meats. Those who want something beyond the taco here will find some welcome benefit in an array of dishes from burritos to nachos.

Leave it to Traverse City to take the taco and turn it into something noteworthy. At Mama Lu's, a self-described “modern day taco shop,” diners will get access to everything from fried whitefish to short rib-based tacos, and those who are looking to feed a larger gathering will be able to get in on a complete taco kit geared toward five to seven people. Boasting your choice of meats, along with chips, pinto beans, and an array of sides available, Mama Lu's will cover everything from just one taco to a whole room's worth of tacos.

Head to Kalamazoo for a shot at some very unique and distinctive tacos at Lolita's Tacos. Featuring some downright strange tacos like one involving potato, ground beef and carrot on a flour tortilla, there's going to be some tacos you might well only find here. Throw in some authentic Mexican fare like pozole and you've got an experience that will be almost shockingly well-rounded.