The 7 Best Wine Bars in Michigan! 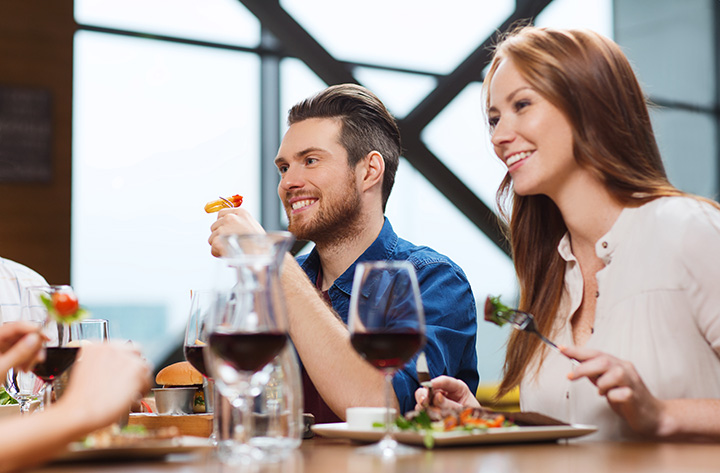 Michigan is increasingly well-known for its wine. And with that comes an abundance of wine bars that provide the perfect space to sip on wine with your friends. Which ones should you try? That’s where we come in. Here are the 7 best wine bars in the state!

Frankenmuth is well-known for its Christmas trees and chicken dinners, but there's more going on around here for those willing to look more closely. The Prost Wine Bar and Charcuterie represents one of the greatest examples of these, offering both a wine list that's rapidly expanding to a charcuterie board that boasts examples of meatcraft from Italy to Spain and beyond. Whether here for a bite, a sip, or both at once, Prost will have you covered.

Detroit, not surprisingly, is home to an array of wine bar choices, but among these, Motor City Wine stands out as one of the greats. Home to not only an extensive selection of wine and food, but also a staggering array of musical acts, Motor City Wine provides just about any level of experience you could ask for. Between the Sundaylicious menu from a variety of guest chefs to a staff described as “extremely friendly and knowledgeable,” it's easy to see why Motor City Wine is called one of the best values in Detroit.

Ann Arbor is well known for its cosmopolitan stylings and impressive night life. Vinology, meanwhile, looks to make its name alongside the best in the field. Featuring dinner, lunch and brunch menus, alongside an extensive wine list and even some retail options, there will be a little something for just about everyone out at Vinology. Newcomers to the wine field, meanwhile, can try the flights, which offers several small tastes in one handy package.

Cork on Saginaw is a wine bar boasting a menu of over 150 wines from around the planet. Nice by itself, but things only get better as Cork on Saginaw adds an array of lunch and dinner choices to round out an experience most any time it's reasonable to drink wine during.

Most any winery has a tasting bar—that's just par for the course. Tempo Vino Winery in Kalamazoo, though, steps it up a notch. Of course, it offers an array of wines for perusal, but it also gives patrons the ability to make a private label wine. Since it offers supplies for home winemakers, it makes it possible to brew your own on premises, making it an exciting experience for any wine connoisseur.

Divani in Grand Rapids goes for an upscale experience, and by most reports, it satisfies. Not only does it offer wines by red and white, it also offers domestic and imported reds, a specific slate of dessert wines, and that's before it gets into the dessert and dinner courses. Then, it boasts a set of special events geared toward the wine buff, so it's not just a place to come when you're hungry or thirsty, but also when you want to know more about what's in that glass.

Didn't think the Upper Peninsula was shy on upscale wine bars, did you? Not if Marquette's Zephyr Wine Bar has anything to say about it. Zephyr is out to be a match for most any wine bar around, and proves it with an array of artisan meats and cheeses from a Nostrano to a four-year-old Gouda. Throw in a private meeting space in the bar's cellar—complete with a look at all those great bottles—and the end result is a wine bar on par with most any other.