The 9 Best Sports Centers in Michigan! 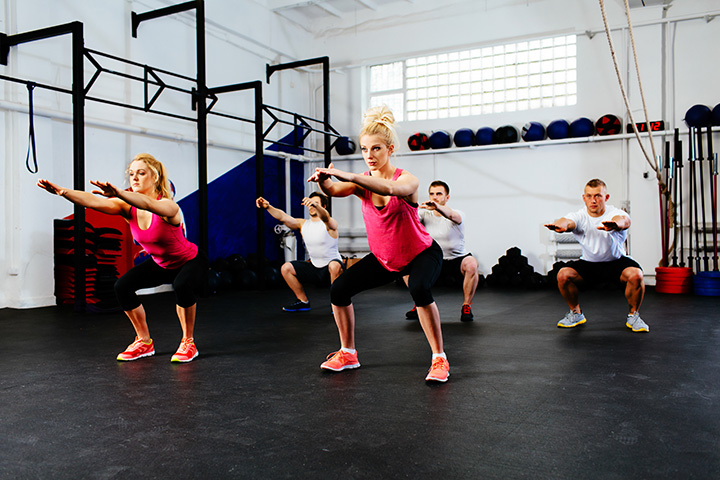 The multi-use sports center has become a significant part of our culture, granting the athletically talented and not so athletic a space to practice. A wide array of these spaces have sprung up in Michigan, giving people access to play even when weather is rough! Whether you’re looking to do a few laps at an indoor track, get in a few swings in a batting cage, or practice your free throw, check out these 9 great sports centers in Michigan!

The University of Michigan is well-known for its sports teams, and thus, its Central Campus Recreational Building in Ann Arbor delivers the kind of facility required to keep said sports teams at their best all year. Offering a six-lane, 25-yard lap pool, a 220-yard indoor track, three badminton courts, three squash courts, three basketball courts, two volleyball courts and more besides, this multi-use sports complex will deliver on just about every front.

Allendale's Kelly Family Sports Center, part of the Grand Valley State University campus, offers an array of services for its users. Measuring 138,000 square-feet, and holding a gold certification from the Leadership in Energy and Environmental Design (LEED) group, this facility focuses heavily on track training. With nine sprint lanes, an indoor pole vault and shot put area, a 100-yard synthetic turf field and more on hand, it's easy to see where all the possibilities emerge.

The Monroe Sports Complex in Monroe seems to have a focus primarily on the colder-weather sports, with facilities from hockey to figure skating given a berth here. Adult leagues, drop-in leagues, and plenty of other sessions are available. Lessons and instructional clinics are also on hand, so for those who want to learn to skate but have no idea how, this might be a good place to start.

Taylor's eponymous Taylor Sportsplex is a massive undertaking, containing four separate arenas under one central operation. Featuring space for hockey, soccer, lacrosse and more, the Taylor Sportsplex also incorporates concession space, pro shop operations, and a slate of waiting spaces—ranging from an atrium to viewing rooms—to round out the package. The Taylor Sportsplex is even home to two North American-size hockey rinks, as well as instructional opportunities for those who want to learn to skate.

Granted, a sports complex for winter sports in a state where winter is pretty much king sounds ludicrous, but Muskegon is eager to prove it makes more sense than you might think. Boasting a luge course, snowshoe and sledding courses, this park will deliver lots of exciting winter fun. However, in the summer months, the complex switches gears and offers a thrilling, unique notion: The only wheel luge track in North America.

Holland boasts a pretty impressive piece of multi-sports complex work itself, offering users access to a field suitable for lacrosse, soccer and even baseball. Having only recently opened, this complex is still working out some of the kinks, but is working on setting up some new options ranging from a meeting space with multi-media options and a push toward complete, year-round operations with different options at different times of year.

Home of the Northern Michigan Wildcats and the fifth-largest dome structure on the planet—it's the largest wooden dome on the planet as well—Marquette's Superior Dome boasts a staggering array of options for multi-use sports operations as well as a downright dazzling tourist attraction. Featuring the largest retractable artificial turf carpet on Earth, the Superior Dome offers space for field hockey, football, and soccer. Under that carpet is a synthetic surface that offers space for three volleyball and basketball courts, tennis courts and a track that covers 200 meters.

Head to Canton to check out the Canton Sports Center, a facility that goes for variety above pretty much anything else. The sport offerings include adult softball and an array of youth events from youth basketball to an annual running event called the Turkey Trot. But it's the side facilities that will catch some notice. Featuring a full-service bar and grill called Kickers Sports Bar & Grill as well as an ice arena and a more indoor sports center as well known as the High Velocity Sports Center, this complex will have just about anything that a player could ask for.

Grand Rapids rounds out the list with MSA Woodland, a facility that goes for variety when it comes to sports offerings. Four wood floor courts, two indoor turf fields measuring a combined 24,000 square-feet plus, and even some outdoor spaces as well for sand volleyball—generally only available in the warmer months—the recently-renovated MSA Woodland will deliver on a whole host of levels.

View more Michigan Sports Centers and Complexes.
Select a Michigan town to find
the Best Things-To-Do and Places To Go around you