The 8 Best Auto Shows in Michigan!

With legendary Ford Motor Company headquartered in Dearborn, Michigan, it’s no small thing that the Great Lake State has played a significant role in the automotive industry. So, when it comes to exhibit the produce of that legacy, it’s not surprising that Michigan is home to some amazing car shows. But which ones are most worth your time to check out? We can help you out with that. Check out these eight excellent auto shows in Michigan.

The Michigan International Auto Show hits Grand Rapids every year to show off the most recent releases in cars, including some stuff that has yet to be released. Sponsored by the Grand Rapids New Car Dealers Association, it's a great opportunity for the potentially interested new car buyer to step out and check out the latest in new car offering.

Cars & Coffee Grand Rapids is part of a nationwide network of Cars & Coffee events, so for those looking for a chapter in Michigan, you'll need only hit Grand Rapids to check it out for yourself. A way to combine cars with coffee—the Grand Rapids event is partially sponsored by Mayan Buzz Cafe and Marge's Donut Den—it's a great opportunity for those with classic cars to show them off, and a great way for those who like said cars to check out a slate of them readily.

For those around South Haven, Holland, or St. Joseph—and there's no shortage of things to see and do in either area—you'll have a great opportunity to hit a classic car show thanks to McFadden Friendly Motors. The used car dealer puts on a car show annually, and has done so for the last 12 years, at last report. With live entertainment and door prize drawings along with some free food on hand, it's easy to see why this one is a fairly major regional draw.

Visitors to the annual Baker College Car Show will be able to check out a staggering array of vehicles. One year, the event featured over 300 entrants, and while the number changes annually, there should be quite a few folks ready to check out the fun.

Pops in the Past Vintage Car Show, Standish, MI

Head on out to Standish for a particularly noteworthy event: The Pops in the Past Vintage Car Show. Staged at the Arenac County Fairgrounds, this event is somewhat of a pre-Father’s Day celebration, where all the cars are at least 25 years-old. For antique enthusiasts, that number is particularly significant: 25 years is generally the accepted time at which something actually becomes “vintage” to begin with.

The Gilmore Car Museum in Hickory Corners has been home to an unusual event for the last seven years: The Air-Cooled Gathering. Instead of focusing on vintage and antique cars, the Air-Cooled Gathering, as its name suggests, focuses only on air-cooled vehicles from the Corvair to the Citroen and a host of others. While out there, of course, the Gilmore Car Museum's contents will also be available for viewing, but those with a passion for the air-cooled ride will do well here.

Running for the last four decades, the St. Ignace Car Show is one of the biggest car shows in the United States. Featuring a mammoth array of cars in the event, but also a variety of contests and exhibits as well as its own Cruise Night to let those exhibited cars stretch their legs, the St. Ignace car show will provide plenty of cars and fun to go around.

This is the big one when it comes to car shows, and it's located right in Detroit. It's not so much a Michigan show as it is the entire planet's car show, located in Michigan. Semantics aside, this is the show to beat, with exhibitors the world over converging on Detroit to show off the latest and greatest in concept cars, release cars and more. Those who can't make the show, meanwhile, can get in on the virtual show, which is almost as good. 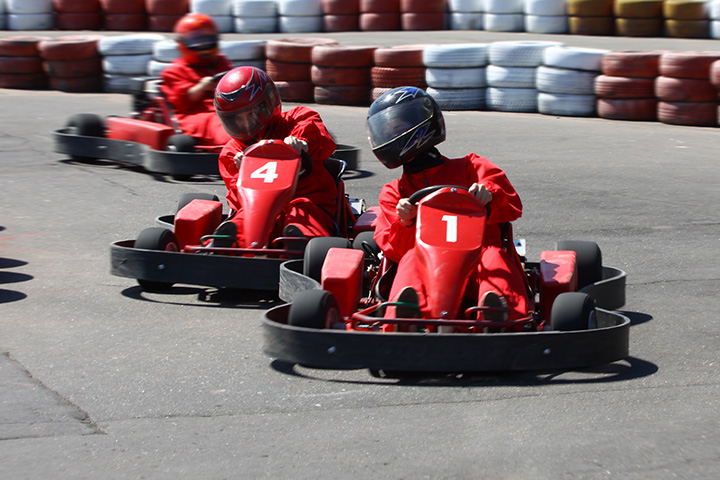